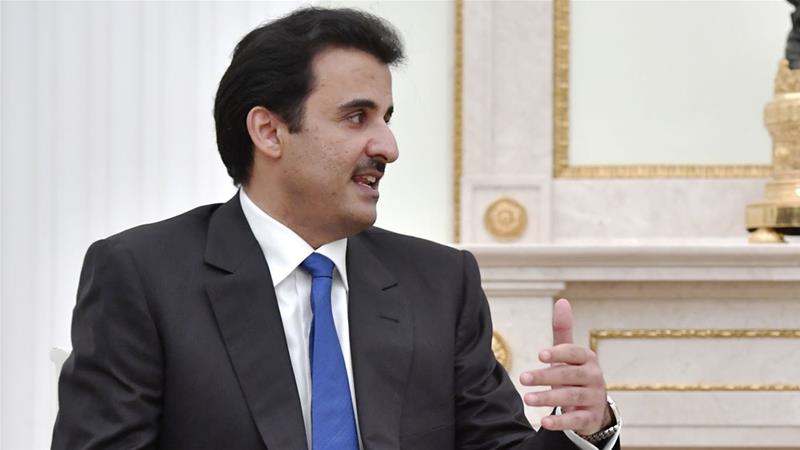 Qatar’s Emir Sheikh Tamim bin Hamad Al Thani said he regrets the continuation of conflict with other Arab states, but added that “crises will pass”.

Addressing Qatar’s shoura council on Tuesday, Tamim said the country would continue to develop its oil and gas industries as it is keen to preserve its status as the top liquefied natural gas exporter in the world.

“History teaches us that crises pass, but if they are handled badly then this may leave traces which last for a long time,” Tamim said.

“It is very regrettable that the continuation of the Gulf crisis exposed the failure of the Gulf Cooperation Council (GCC)… which has weakened its ability to face challenges and threats and marginalised its role in the region,” he added.

Outlining Qatar’s economic achievements over the past year, Tamim said that the nation had grown its exports by 18 percent and slashed spending by 20 percent.

The Gulf nation’s currency has preserved its value since the start of the rift and the economy has diversified to overcome the impact of the sanctions imposed by its neighbours, Tamim added.

On June 5, 2017, Saudi Arabia, the United Arab Emirates, Bahrain and Egypt severed diplomatic and trade relations with Qatar, closing land, air and sea links, as they accused Doha of supporting terrorism and their foe Iran by violating a 2014 agreement with members of the GCC.

Doha denies the charges and says the boycott aims to impinge on its sovereignty.

The United States, an ally of the six-nation GCC, has tried to mediate in the dispute which it sees as a risk to efforts to contain Iran. Qatar is home to the largest US air base in the Middle East.

Saudi Arabia and the UAE had repeatedly said that resolving the row was not a top priority for them.