Delegates from Tripoli-based Government of National Accord and rival eastern-based parliament meet after ceasefire. 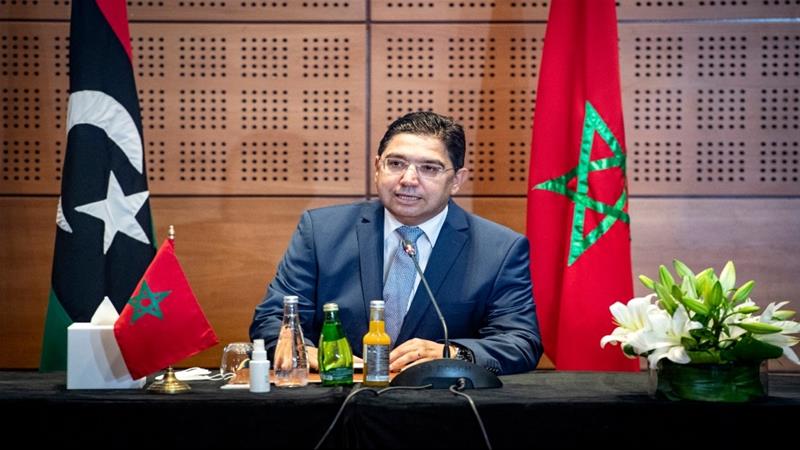 Delegates from Libya’s rival administrations met for talks in Morocco more than two weeks after the two sides announced a surprise ceasefire.

The meeting, held on Sunday at the initiative of Morocco, which hosted peace talks in 2015 that led to the creation of a United Nations-recognised government for Libya, kicked off in the coastal town of Bouznika, south of Rabat.

Dubbed “Libyan Dialogue”, the talks brought together five members of the Tripoli-based Government of National Accord (GNA) and five from a parliament in the eastern Libyan city of Tobruk.

Moroccan Foreign Minister Nasser Bourita, in remarks before the meeting got under way, said his country was offering Libyans “space” to discuss points of contention dividing them.

“The kingdom is ready to provide Libyans with a space to discuss [issues], according to their will, and will applaud them regardless of the outcome,” Bourita said.

“Morocco has no agenda or initiative to submit” to the two sides, Bourita added.

A solution to Libya’s crisis must be decided by the Libyans themselves under the auspices of the UN, he said, before delegates met behind closed doors.

Libya has endured about 10 years of violent chaos since the 2011 NATO-backed uprising that toppled and killed longtime ruler Muammar Gaddafi.

The crisis worsened last year when renegade military commander Khalifa Haftar, who backs the Tobruk parliament and is supported by Egypt, the UAE and Russia, launched an offensive to seize the capital Tripoli from the GNA.

Haftar was beaten back earlier this year by Turkish-backed GNA forces and fighting has now stalled around the Mediterranean city of Sirte, the gateway to Libya’s eastern oilfields and export terminals.

On August 22, the rival administrations announced separately they would cease all hostilities and hold nationwide elections, drawing praise from world powers.

Al Jazeera’s Mahmoud Abdelwahed, reporting from Tripoli, said the fact that Haftar is not represented at the meeting does not mean he is excluded.

The meeting in Morocco is also meant to reiterate the two bodies can still choose high-profile posts in the country, including the head of the Central Bank of Libya, chairman of the National Oil Corporation, and the prosecutor general, Abdelwahed said.

Delegates from the two sides will also meet other factions, including political parties and remnants of Gaddafi’s regime, for talks brokered by the European Union and the UN mission (UNSMIL) in Geneva on Monday.

At a January summit in Berlin, the main countries involved in the Libyan conflict agreed to respect an arms embargo and to stop interfering in Libya’s domestic affairs.

But on Wednesday, the interim UN envoy for Libya, Stephanie Williams, denounced what she called “blatant” ongoing violations of the arms embargo in the North African country.

According to an interim report from UN experts, “the arms embargo remains totally ineffective” and violations are “extensive, blatant and with complete disregard for the sanctions”.

Williams said UNSMIL was also receiving reports of the “large-scale presence of foreign mercenaries and operatives” in Libya, adding this complicates chances of a future settlement.