Which events have led to separatists in South Yemen announcing self-rule? Here is a look at its history of separatism. 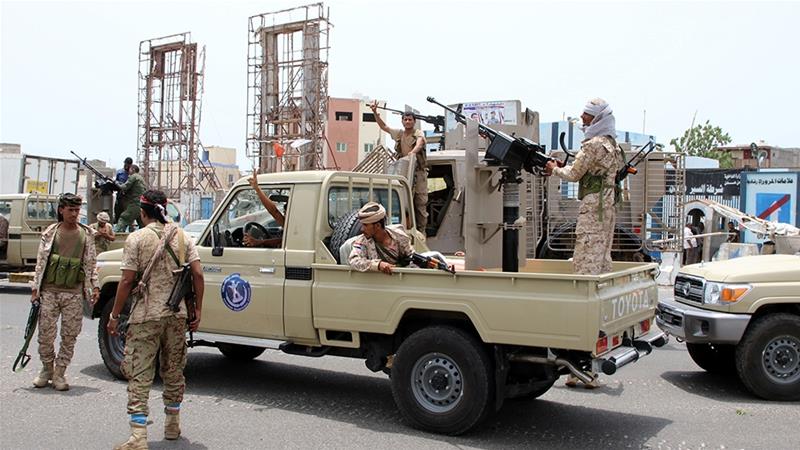 The internationally-recognised government of President Abd-Rabbu Mansour Hadi has condemned the move, saying its outcome will be “catastrophic and dangerous”.

All this as a Saudi-UAE coalition battles Houthi rebels in a separate conflict.

Here is a recap of tensions in the south:

South Yemen was an independent country from the 1967 British withdrawal – after which it went on to become a Soviet-backed communist one-party state – until it united with the north in 1990.

An attempt to break away again in 1994 sparked a short-lived civil war that ended with it being overrun by northern troops.

Houthi rebels complete their takeover of Yemen’s capital Sanaa in early 2015, forcing the government of President Hadi to relocate to the second city, Aden, in the south.

In April 2017, Hadi sacks Aden governor Aidarous al-Zubaidi, who had a history of favouring autonomy for the formerly independent south.

In an open challenge to Hadi, Zubaidi in May launches a self-proclaimed parallel authority to manage the southern provinces, the STC.

In January 2018, a separatist force dominated by STC supporters seizes almost all of Aden and surrounds the presidential palace.

That sparks three days of clashes in which 38 people are killed.

The group, called the Security Belt Forces, is backed by the UAE, a key member of the Saudi-led coalition aiding Hadi against the Houthi rebellion.

After coalition mediation, the separatists lift the siege of Aden.

New clashes flare between Security Belt and pro-government forces in Aden in August 2019.

The separatists gain ground across the city, saying they have seized the presidential palace.

Four days of fighting leave 40 dead and 260 wounded, according to the United Nations.

STC supporters vacate some public buildings in Aden but keep hold of military positions after Saudi and the UAE send in a delegation.

Hadi’s forces enter Aden in late August and announce they are in “full control”, including of the presidential palace, but are forced to withdraw the next day as the separatists retake the city.

The UAE confirms the strikes, but says it had targeted “terrorist militias” in self-defence.

In September Saudi Arabia demands separatists return captured military and civilian facilities, warning that otherwise they will be “dealt with firmly”.

The kingdom calls for dialogue but insists there is “no alternative to the legitimate government”.

Yemen’s government publicly rules out talks at first, but it emerges on October 7 that the two sides are holding indirect negotiations under Saudi mediation.

On October 14, the UAE hands over to Saudi forces key positions in Aden, including an airbase and the international airport, in a bid to defuse tensions between separatists and the government.

On October 25, sources from both sides announce they have struck a power-sharing deal.

The accord is signed in Riyadh on November 5, reportedly handing the STC a number of government ministries and allowing the government to return to Aden.

But that deal quickly unravels, as deadlines for forming a new cabinet with equal representation for southerners and the reorganisation of military forces pass without implementation.

Early on April 26, 2020, the STC declares self-rule for the south, effective retroactively from midnight.

“A self-governing committee will start its work according to a list of tasks assigned by the council’s presidency,” it says.