Turkish official says seven German nationals will be returned on November 14, according to state media. 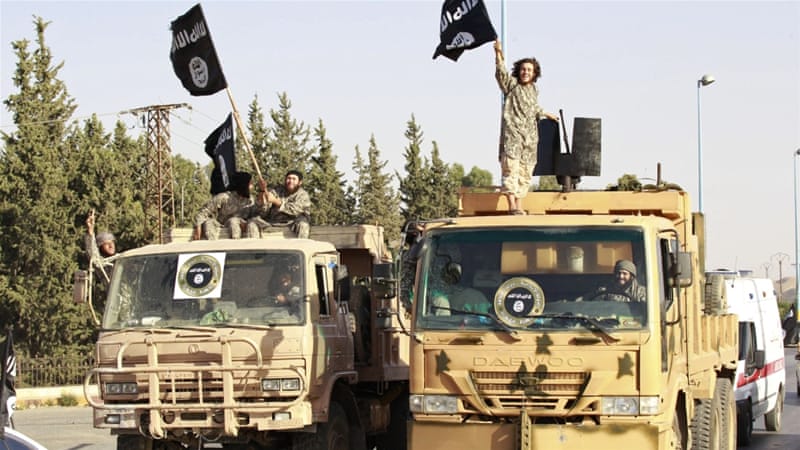 Turkey has deported a US national who is a member of ISIL, according to a Turkish official, as Ankara said it started repatriating captured fighters belonging to the armed group.

Cataki did not immediately provide further information on the suspected members of the Islamic State of Iraq and the Levant (ISIL or ISIS) armed group but said they were being held in deportation centres.

“A foreign terrorist fighter from the United States has been deported from Turkey after the procedures were completed,” Anadolu quoted Catakli as saying.

“Travel plans for seven foreign terrorist fighters of German origin at deportation centres have been completed, they will be deported on November 14,” he added.

There was no immediate comment by the US or Germany.

On October 9, Turkey launched a military operation across its border into northeast Syria, securing control of a large swath of territory in the region.

Ankara said the offensive was aimed at removing Kurdish fighters it considers “terrorists” from the border region and establishing a safe zone to resettle some of the 3.6 million refugees it hosts on its soil.

In recent weeks, Turkey has criticised Western nations, including the United Kingdom and the Netherlands, for refusing to take back their nationals who had joined ISIL and promised to send back the armed group’s fighters – even if their citizenship has been revoked.

Several European countries have stripped ISIL fighters of their nationalities to prevent their return.

Soylu did not provide any numbers or say which countries they would be sent back to.

He said about 1,200 foreign ISIL fighters were in Turkish prisons and 287 members, including women and children, were recaptured during Turkey’s military offensive into northeast Syria last month.

Turkey’s move to transfer ISIL’s foreign fighters comes amid Turkish frustration with Western nations that have refused to back Ankara’s offensive against the Kurdish-led Syrian Democratic Forces.

The Kurdish People’s Protection Units (YPG), seen as a “terrorist group” by Ankara over its ties with outlawed Kurdish fighters on its soil, is the main element of the SDF, which was a leading US ally in beating back ISIL in the region.

The SDF kept thousands of ISIL members in jails across northeast Syria.

Many countries have expressed concerns that the Turkish operation would lead to a resurgence of ISIL. Turkey has rejected those concerns and promised to combat ISIL, which, at its peak, controlled a vast swath of territory across Iraq and Syria, with its allies.