Ankara stopped flights to the Kurdish airport in September 2017 after the Iraqi region held an independence referendum. 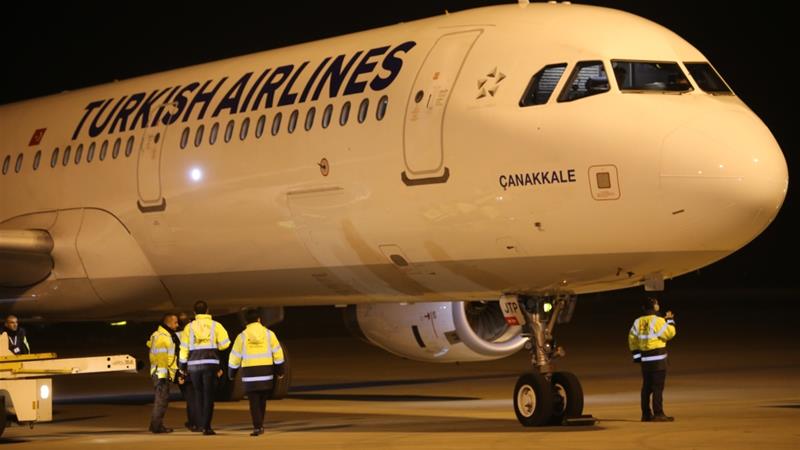 Turkey has resumed flights to the Iraqi city of Sulaimaniyah after a 16-month boycott, officials in Iraq’s semi-autonomous Kurdish region have said.

Tahir Abdullah, the director of the airport, said that the restoration of daily flights from Turkey would revive a key revenue stream to the region after Ankara suspended air traffic to and from the city following a controversial independence referendum.

“The Turkish flight ban has damaged Sulaimaniyah’s airport revenue by $5.4 million over the past year,” Abdullah said.

There were 36 percent fewer flights in 2018, with imports dropping by 73 percent and exports by 82 percent, according to Abdullah.

“Due to the Turkish flight ban, Sulaimaniyah airport loses $15,000 every day,” he said.

Iraqi authorities had halted all international flights to Erbil, the capital of Iraq’s Kurdish region, and Sulaimaniyah, after the Kurdish region proceded with a controversial independence referendum in September 2017.

Turkey also opposed the vote fearing it could boost calls for self-rule among its own Kurdish population.

Baghdad lifted the ban in March last year following a deal to hand control of two airports to the central government.

In March, Turkey lifted the ban on Erbil, but kept it on Sulaimaniyah for security reasons.

The head of Iraq’s Civil Aviation Authority, Ali Khalil Ibrahim said Iraqi Airways will resume flights between Sulaimaniyah and Istanbul in the next few days.

SEOUL (Reuters) – The U.S. point man for North Korea will meet with South Korean officials in Seoul on Wednesday for wide-ranging talks, overshadowed by…