Charge d’Affaires Philip Kosnett was summoned over Turkey’s unhappiness with the US arming of Kurdish fighters in Syria. 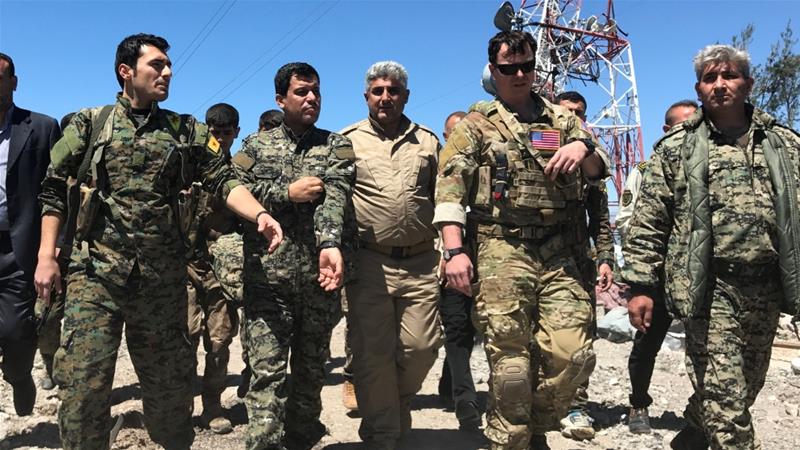 Kosnett is the most senior US diplomat in Ankara after the departure Ambassador John Bass in late 2017. His replacement has yet to be named.

The People’s Protection Units (YPG), the armed wing of the Syrian Kurdish Democratic Union Party, or PYD, is seen by the US as the most effective ground partner for the US-led coalition fighting ISIL in Syria.

The YPG has received arms shipments and training from the US, in a move that angered Turkey which considers the Kurdish forces to be a “terrorist group” that threatens its security.

Ankara says YPG fighters are linked to Kurdistan Workers’ Party (PKK) separatists inside Turkey, who have waged an armed campaign since 1984 that has killed more than 40,000 people.

Wednesday’s move was not the first time Turkey has announced its displeasure with the US about the issue. In May 2017, Deputy Prime Minister Nurettin Canikli called the supply of weapons to the Kurdish forces “unacceptable”.

Turkish President  Recep Tayyip Erdogan has also in the past called the US arming of the YPG “a mistake”.

In October, the YPG and their allies announced the capture of ISIL’s self-declared capital of Raqqa in Syria after a four-month operation.

Earlier on Wednesday, Turkish Foreign Minister Mevlut Cavusoglu had warned Russia and Iran they should adhere to the joint accord they signed with Turkey last year in which the three countries announced a “de-escalation zone” in Idlib.

Russia’s ambassador to Ankara, Alexei Yerkhov and Iranian ambassador Mohammad Ebrahim Taherian Fard were called in to express Turkey’s discontent over the continuing attacks in Idlib.

“Iran and Russia need to carry out their responsibilities. If you are guarantors, which you are, stop the regime,” Cavusoglu said in an interview broadcast on Turkish TV channels.

Violence in Idlib region has recently escalated, with Syrian government forces, supported by Russia, trying to regain control of the rebel-held area.

Cavusoglu claimed about 95 percent of all violations of the joint accord were carried out by the regime and the groups backing the regime.

The de-escalation zones were set up last September in an effort to scale back the conflict.

However, as the fighting continues, tens of thousands of civilians are fleeing the area, which is home to about two million people.