Sources say authorities will not continue search for writer’s body, which is believed to have been dissolved in acid. 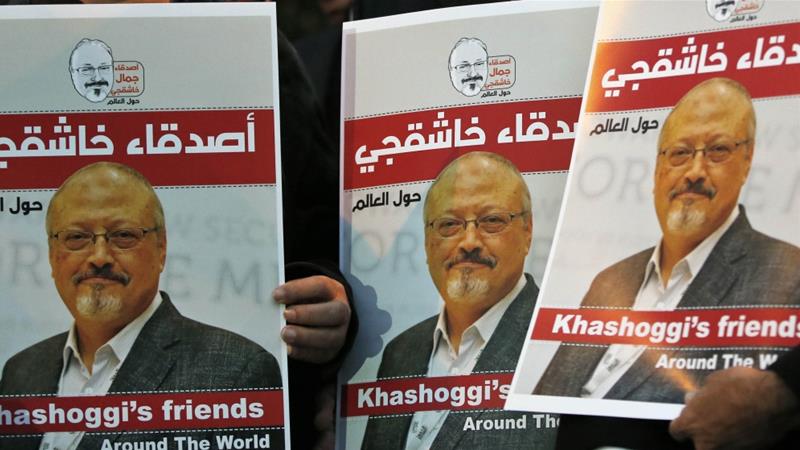 Turkish police are ending the search for Jamal Khashoggi’s body, but the criminal investigation into the Saudi journalist’s murder will continue, sources told Al Jazeera.

Al Jazeera has learned on Friday that traces of acid were found at the Saudi consul general’s residence in Istanbul, where the body was believed to be disposed of with the use of chemicals.

The residence is at walking distance from the Saudi consulate, where Khashoggi, a Washington Post columnist critical of the Saudi government and Crown Prince Mohammed bin Salman, was killed on October 2 by a team of Saudi officers and officials.

Saudi Arabia attempted to cover up the killing by initially insisting that Khashoggi had left the consulate. It then changed its narrative, saying the journalist died in a fistfight. Later, Saudi Arabia admitted Khashoggi was killed in a premeditated murder, but that to killing was an unplanned “rogue operation”.

Turkish and Saudi officials have carried out joint inspections of the consulate and the consul’s residence, but Turkish President Tayyip Erdogan said some Saudi officials were still trying to cover up the crime.

Erdogan, who has repeatedly demanded more information from Saudi Arabia, has also asked Saudi officials to say who in Riyadh sent the 15-strong team that is suspected of the killing.

Al Jazeera’s Jamal Elshayyal, reporting from Istanbul, said that Saudi officials, despite officially claiming that they would cooperate with their Turkish counterparts, so far have not only refused to do that but possibly tried to tamper with the ongoing investigation.

“They namely did this by sending in chemical experts [in the consulate and consul-general’s home] to destroy evidence,” he said.

“They also denied Turkish requests to once again search the consul-general’s home, after Turks found samples of chemicals in the garden of the residence.”

Istanbul’s chief prosecutor said on October 31 that Khashoggi was strangled as soon as he entered the consulate and that his body was dismembered, in the first official comments on the case.

Saudi Arabia has said it arrested 18 people and dismissed five senior government officials as part of an investigation into Khashoggi‘s killing. Ankara also seeks extradition of the suspects.

Yasin Aktay, an adviser to Erdogan, told Al Jazeera after Saudi top prosecutor Saud al-Mojeb left Istanbul, that the visit was a disappointment for the mutual investigation process.

“The agreement between the two sides to cooperate in the case raised expectations to shed light on the details of the killing of Khashoggi and who was behind it,” Aktay, who was also a friend of the journalist, said.

“But the Saudi officials seem like they have come to Istanbul to be able to obtain the information Turkey has on the murder, rather than mutual sharing of information on the case.”