Saudi Arabia says it requested an end to US refuelling operations in Yemen because it can now handle it by itself. 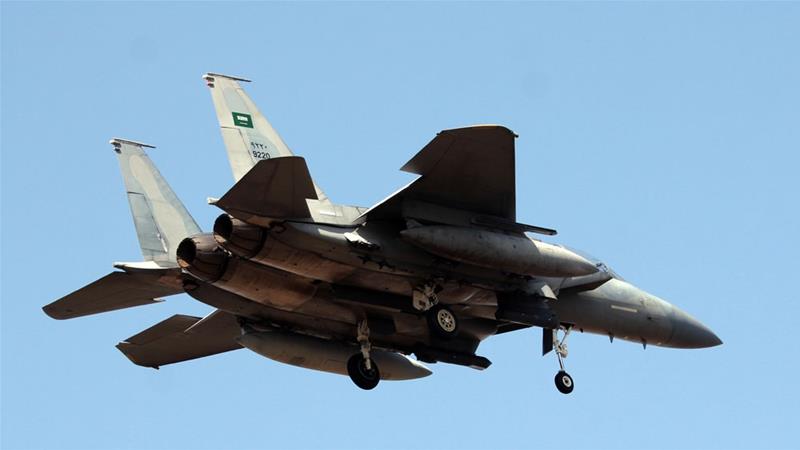 The Saudi-UAE-led coalition said it has “requested a cessation of inflight refuelling support” by the United States, bringing a key element of Washington’s involvement in the Yemen conflict to a halt.

In statements carried out by the official Saudi Press Agency (SPA) on Saturday, Saudi Arabia said the decision to end aerial support for the coalition was made in consultation with the United States.

“Recently, the kingdom and the coalition has increased its capacity to independently conduct inflight refueling in Yemen,” the SPA said.

“As a result, in consultation with the United States, the coalition has requested cessation of inflight refuelling support for its operations in Yemen.”

US Defence Secretary Jim Mattis expressed his country’s support for the Saudi decision and suggested a continuing role for the US in Yemen with regard to helping coalition forces minimise civilian casualties and expanding humanitarian efforts.

“The US and the coalition are planning to collaborate on building up legitimate Yemeni forces to defend the Yemeni people, secure the country’s borders, and contribute to counter al-Qaeda and ISIS (also known as ISIL) efforts in Yemen and the region,” Mattis said.

In August, Mattis warned that US support for the coalition was “not unconditional,” urging it to do “everything humanly possible to avoid any innocent loss of life.”

The implication of the decision is not clear as of yet but the Associated Press news agency reported that US officials said earlier that Saudi forces now handled about 80 percent of refuelling operations, a critical function that allows aircraft to fly longer sorties.

The move to halt refuelling support comes amid new US efforts to force an end to the conflict described as the world’s worst humanitarian crisis.

The conflict in Yemen, the Arab world’s poorest country and home to an estimated 28 million people, began with the Houthis takeover of Sanaa and toppling of Hadi’s government.

Concerned by the rise of the Houthis, the Saudi-led military coalition launched an intervention in 2015 in the form of a massive air campaign aimed at reinstalling the deposed administration.

According to the UN, at least 10,000 people have been killed since the coalition entered the conflict. The death toll has not been updated in years, however, and is likely to be far higher.

The Armed Conflict Location and Event Data Project, an independent watchdog, recently said as many as 56,000 Yemenis had been killed since the war began.

The Saudi statement on Saturday said the kingdom hoped the upcoming UN-sponsored talks “in a third country” – which have since been delayed till the end of the year – would help end the war.

UN special envoy for Yemen Martin Griffiths has said he is in consultations with Yemen’s warring parties to finalise details for a new round of peace talks.

However, Griffiths’ effort to revive peace talks in September fell through after the Houthis failed to attend, arguing they didn’t have guarantees for their safe return.