Government officials say the separatists are refusing to hand over Aden headquarters and the presidential palace. 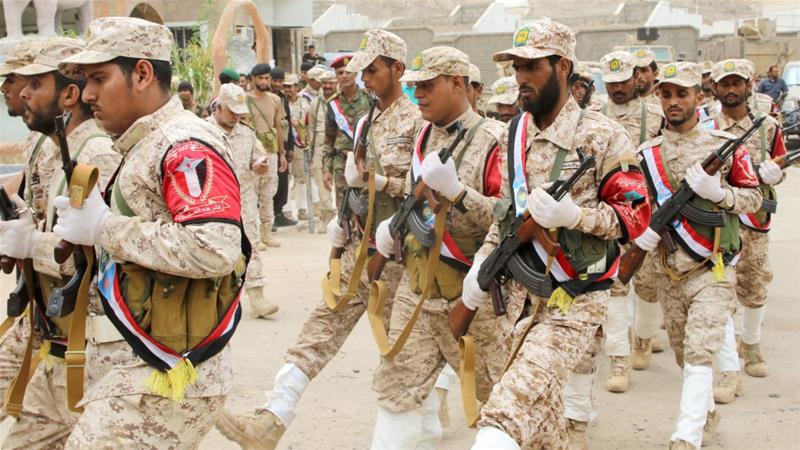 Yemen’s internationally recognised government was forced to delay its return to the port city of Aden, officials said on Sunday, blaming southern separatists for stalling on the key point of a power-sharing deal signed early this month to end their infighting.

Under the agreement brokered by Saudi Arabia between Yemeni President Abd-Rabbu Mansour Hadi and the separatists, the government was to return to Aden last Tuesday. The separatists pushed government forces out and captured Aden during clashes last summer.

Their infighting added another complex layer to the country’s civil war, in which the government and the separatists, backed by the United Arab Emirates, are in a military alliance led by Saudi Arabia against Iran-aligned Houthi rebels.

Government officials told The Associated Press news agency the separatists are refusing to hand over Aden headquarters and the presidential palace. The separatist Southern Transitional Council insists instead on joint committees.

The government officials, in turn, blame the separatists for inciting “limited clashes” and looting. The officials spoke on condition of anonymity because they were not authorised to talk to reporters.

“Does it make sense for your neighbour to come and tell you what to do in your home? It is a tragedy,” he said.

The agreement dictates that both sides pull their forces and heavy weapons out of Aden, and says both Hadi’s forces and the separatists are under control of the Saudi-led coalition. That effectively means if Hadi were to return to Aden, he would only be protected by his presidential guard.

The infighting between Hadi’s forces and the separatists exposed a rift in the alliance and threatened to further destabilise the Arab world’s poorest country. Saudi Arabia brought the two sides to the negotiating table in Riyadh where they signed the agreement on November 5.

Yemen’s civil war started when the rebel Houthis overran and captured the capital, Sanaa, and much of the country’s north in 2014. The Saudi-led alliance joined the fray in March 2015, to push the Houthis back and restore Hadi to power.

The war has killed more than 100,000 people, destroyed Yemen’s infrastructure, displaced millions, and pushed millions of people to the brink of famine.