In Pennsylvania and other battlegrounds, both parties are succeeding in coaxing infrequent voters off the sidelines. The all-important question is who does it better. 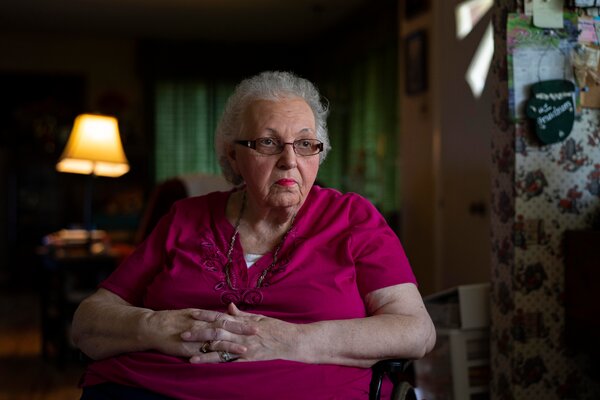 GREENSBURG, Pa. — At 32, Ryan Walsh has never voted in a presidential election. He didn’t identify with either party before this year. But in the spring, he registered as a Republican, and he plans to cast a ballot in person on Tuesday for President Trump.

“I’m petrified of Joe Biden and Nancy Pelosi getting power and doing all this stuff that’s going to totally destroy the economy,” said Mr. Walsh, who works for a social services agency of state government.

He cited a string of proposals that trouble him — broad tax increases, the Green New Deal, “Medicare for all” — that Mr. Biden has said he opposes. Mr. Walsh does not believe him.

Voters who didn’t show up in 2016 are Mr. Trump’s “secret weapon,” said Mr. Walsh, who lives outside Pittsburgh and works in Westmoreland County, an exurb where the Trump campaign is indeed hoping to expand its margin compared with 2016. Mr. Walsh called polls showing the president trailing “a joke,” adding, “He will do nothing but gain in the areas he won last time.”

With recent electoral history and current polls suggesting that Democrats are likely to make gains in the vote-rich suburbs nearly everywhere, Mr. Trump’s path to re-election has always required expanding his support in rural and exurban counties in Pennsylvania, as well as in other industrial states where he squeezed out victories in 2016.

Now that early voting is underway, the question of whether he can increase that support is no longer academic. Mr. Trump is attracting tens of thousands of voters like Mr. Walsh who sat out 2016 in Pennsylvania. Around 24 percent of the 424,000 registered Republicans who have cast early mail-in votes in the state did not vote four years ago, according to TargetSmart, a Democratic elections data firm.

But before the Trump campaign takes a victory lap, the same data analysis shows that in Pennsylvania — where at least 1.9 million voters had returned ballots as of Thursday — Democrats are keeping pace. About one in four of the 1.3 million registered Democrats who have voted did not vote in 2016.

Both parties are succeeding in one of their chief goals this year: to motivate large numbers of infrequent voters or nonvoters to come off the sidelines for what supporters of both nominees call the most crucial election of a lifetime. It was a goal that eluded Senator Bernie Sanders during the Democratic primary, but with Democrats united, Mr. Biden is pulling it off. And Mr. Trump is answering critics who said his appeal was limited to those in his base who voted for him four years ago.

The trends playing out in Pennsylvania are seen across 14 battleground states, where more than 10 million people who didn’t vote in 2016 have already cast ballots this year, making up 25 percent of the early vote in those states.

“The fact that one in four didn’t vote in 2016 suggests there’s a whole lot of these turnout targets who didn’t come out before, who have been motivated to come out,” said Tom Bonier, the chief executive of TargetSmart.