Tony Blair has dramatically broken his silence over the crisis in Afghanistan by accusing President Biden of an “imbecilic” decision to pull out US troops.

In a controversial verdict on the unfolding tragedy, he also claims the crisis reveals that the UK risks being relegated to “the second division of global powers”.

He blames Britain being “out of Europe and “little or no consultation” by “our greatest ally”, the United States, for the UK’s declining influence in the world.

And in a brutal attack on President Biden’s abrupt withdrawal of US troops, he claims it is obvious that the decision to withdraw was not driven by grand strategy but by politics.

“We didn’t need to do it,” Mr Blair writes. “We chose to do it. We did it in obedience to an imbecilic political slogan about ending ‘the forever wars’.”

His attacks – especially his reference to Brexit – may delight his supporters but will infuriate critics, who will claim his record on Iraq and Afghanistan has left him discredited

The hard-hitting assessment of the Taliban takeover by Mr Blair, who as PM also sent British troops into Afghanistan in 2001, comes in a lengthy article for his Institute for Global Change.

“The abandonment of Afghanistan and its people is tragic, dangerous, unnecessary, not in their interests and not in ours,” the former PM writes.

“As the leader of our country when we took the decision to join America in removing the Taliban from power, and who saw the high hopes we had of what we could achieve for the people and the world, subside under the weight of bitter reality, I know better than most how difficult are the decisions of leadership and how easy it is to be critical and how hard to be constructive.”

In his attack on President Biden, Mr Blair writes: “Russia, China and Iran will see and take advantage. Anyone given commitments by Western Leaders will understandably regard them as unstable currency. 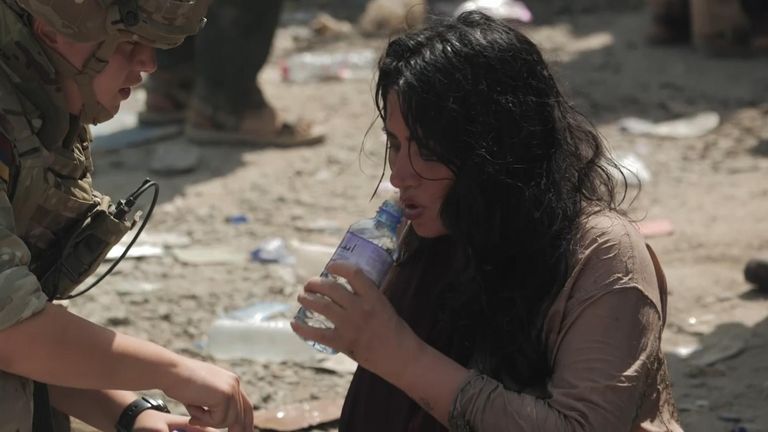 “We did it because our politics seemed to demand it. And that’s the worry of our allies and the source of rejoicing in those who wish us ill. They think Western politics is broken.”

He adds: “And for Britain, out of Europe and suffering the end of the Afghanistan mission by our greatest ally with little or no consultation, we have serious reflection to do.

“We don’t see it yet. But we are at risk of relegation to the second division of global powers. Maybe we don’t mind. But we should at least take the decision deliberatively.”

He adds: “If the West wants to shape the 21st Century it will take commitment. Through thick and thin. When it’s rough as well as easy. Making sure allies have confidence and opponents caution. 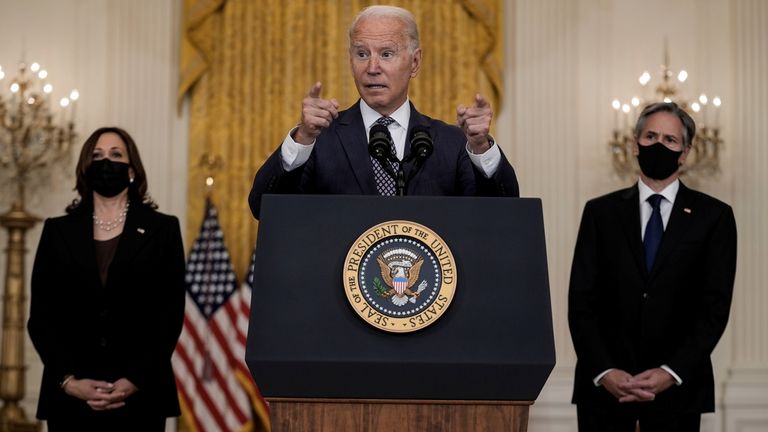 “It will require parts of the right in politics to understand that isolation in an interconnected world is self-defeating; and parts of the left to accept that intervention can sometimes be necessary to uphold our values.”

On what needs to happen now, Mr Blair writes: “We must evacuate and give sanctuary to those to whom we have responsibility – those Afghans who helped us and stood by us and have a right to demand we stand by them.

“There must be no repetition of arbitrary deadlines. We have a moral obligation to keep at it until all those who need to be are evacuated. And we should do so not grudgingly but out of a deep sense of humanity and responsibility.

“We need then to work out a means of dealing with the Taliban and exerting maximum pressure on them. This is not as empty as it seems. We have given up much of our leverage, but we retain some.

“The Taliban will face very difficult decisions and likely divide deeply over them. The country, its finances and its public sector workforce are significantly dependent on aid notably from the USA, Japan, the UK and others. The average age of the population is 18. A majority of Afghans have known freedom and not known the Taliban regime. They will not all conform quietly.”

And turning to what Mr Johnson must do, he adds: “The UK as the current G7 chair should convene a Contact Group of the G7 and other key nations and commit to coordinating help to the Afghan people and holding the new regime to account. NATO – which has had 8,000 troops still in Afghanistan alongside the USA – and Europe should be brought fully into cooperation under this grouping.

“We need to draw up a list of incentives, sanctions, actions we can take including to protect the civilian population so the Taliban understand their actions will have consequences. This is urgent.”