Boris Johnson has told MPs that the “best way” to honour their murdered colleague Jo Cox is to “get Brexit done”.

In his first appearance in the House of Commons since his suspension of parliament was ruled unlawful by the Supreme Court, the prime minister came in for repeated criticism over his use of language.

Labour MP Tracey Brabin, who succeeded Mrs Cox as MP for Batley and Spen, challenged Mr Johnson over his use of terms such as “humiliation act”, “surrender act”, or “capitulation act” for legislation passed earlier this month by opposition MPs. 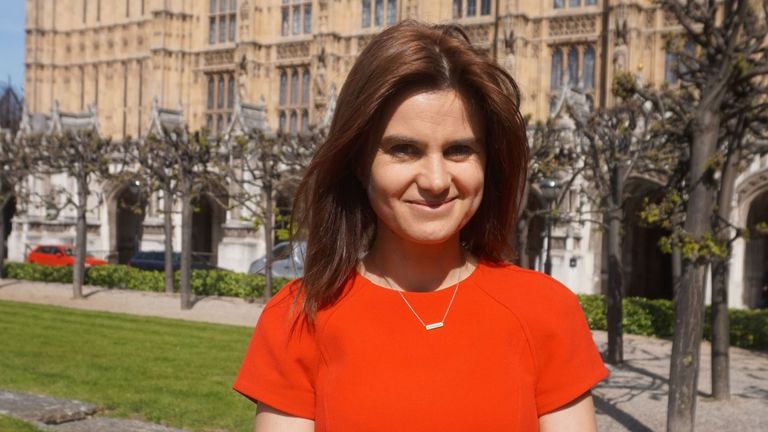 The legislation compels the prime minister to seek a further delay to Brexit, by once again extending the Article 50 negotiating period, if he fails to secure a new withdrawal agreement from the EU by 19 October.

Ms Brabin told Mr Johnson his use of such terms “are suggesting that we, because we disagree with him, we are traitors, we are not patriots”.

The MP said “nothing could be further from the truth” – and, referencing the murder of Mrs Cox in the days before the EU referendum, she urged the prime minister to “moderate his language so that we will all feel secure when we’re going about our jobs”.

In response, Mr Johnson replied: “The best way to honour the memory of Jo Cox and, indeed, the best way to bring this country together would be, I think, to get Brexit done.

“I absolutely do, I think it is the continuing inability of this parliament to get Brexit done that is causing the anxiety and the ill-feeling that is now rampant in our country.

“Get it done and we will solve the problem.”

He added: “I believe the continuing failure to deliver on the mandate of the people has greatly exacerbated feelings and the best way to reduce that tension is, as I say, to get it done.”

Far-right terrorist Thomas Mair was jailed for life for fatally shooting and stabbing Mrs Cox in June 2016, a week before the EU referendum.

A court heard how Mair shouted “this is for Britain”, “keep Britain independent”, and “Britain first” as he attacked her in her constituency.

“The best way to honour Jo is for all of us (no matter our views) to stand up for what we believe in, passionately and with determination.

“But never to demonise the other side and always hold on to what we have in common.”

Labour MP Paula Sheriff had also raised Cox’s death in the Commons on Wednesday evening, as she told Mr Johnson: “We should not resort to using offensive, dangerous or inflammatory language for legislation that we do not like.”

Pointing to the memorial to Cox behind her in the Commons, Sheriff added: “We stand here under the shield of our departed friend, with many of us subject to death threats and abuse every single day.

“And let me tell the prime minister that they often quote his words: surrender act, betrayal, traitor.

“I for one am sick of it. We must moderate our language and it has to come from the prime minister first.”

Prompting a furious reaction from Labour MPs, Mr Johnson replied: “I’ve never heard such humbug in all my life.”

Tory MP Jeremy Lefroy was also among those to urge Mr Johnson to moderate his language.

He told the prime minister: “With freedom of speech, on which we both fully agree, comes responsibility.

Raising a point of order in the Commons following the prime minister’s appearance, Liberal Democrat leader Jo Swinson revealed she had reported a threat against her child to police earlier in the day.

“That has been dismissed as humbug,” she said.

“This is a disgraceful state of affairs and we must be able to find a way to conduct ourselves better.”

Labour leader Jeremy Corbyn also raised a point of order to ask Speaker John Bercow to “call together the leaders of all parties in this House to issue a joint declaration opposing any form of abusive language or threats”.

Anna Soubry, leader of the Independent Group for Change, said she was reduced to tears by comments made by Mr Johnson, telling MPs: “It takes a lot to reduce this honourable member to tears and it gives me no pleasure saying that.”

Mr Johnson was absent from the Commons chamber for all points of order.

Jess Phillips, Labour MP for Birmingham Yardley, revealed she had a death threat sent to her this week.

The anonymous letter, which she posted an image of on Twitter, read: “It was rather prophetic that Boris Johnson should say: ‘I would rather be found dead in a ditch’.

“That is what will happen to those who do not deliver Brexit.”

Mrs Phillips wrote that 10 Downing Street “might think we are ‘humbugs’ about his [the PM’s] words but they are literally being used in death threats against me”.

In further posts, she added: “It is not I who have surrendered it is Boris Johnson he has surrendered his dignity.

“I’m not scared of an election, I am scared I might be hurt or killed.”