Labour Leader Sir Keir Starmer began Prime Minister’s Questions by asking whether Boris Johnson felt the current lobbying laws were fit for purpose. This comes after the Government confirmed it would be holding an independent investigation against David Cameron regarding his lobbying on behalf of finance firm Greensill Capital. Boris Johnson reiterated the importance of the independent investigation but went on a tangent describing all the good work the Conservative Government has done.

House Speaker Lindsay Hoyle stepped in and told the Prime Minister the least he could do was answer the question and swiftly moved on to questions from MPs.

Unsatisfied with the Government’s investigation, Sir Keir called on MPs to support the Labour Party’s proposal.

Instead of an investigation, the Labour party wants 16 MPs from different parties to form a special committee and spend eight months Mr Cameron’s contact with the Government and the wider rules on lobbying.

Sir Keir concluded the Tory Government would not do anything about the “sleaze” within Government and instead called on MPs to act. 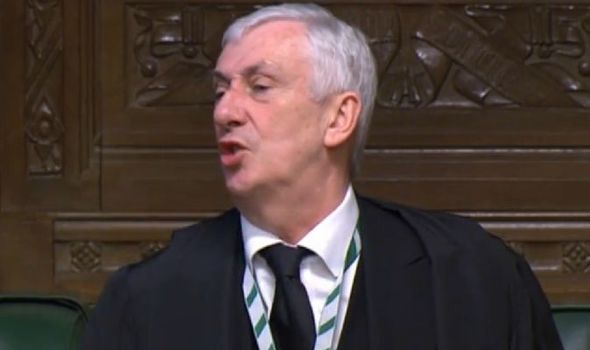 Mr Johnson replied: “That is why we are putting in an independent review and have tougher laws on lobbying.

“It is a great shame that Labour opposes them.

“We are getting on with rooting out bent police, we are also appointing and hiring thousands more police officers.

“We are fighting crime on the streets of our cities while they oppose the police and crime bill that would have put in tougher sentences for serious sexual and violent offences.

“They then encouraged people to go out and demonstrate to kill the bill.

“We are getting on with protecting the public, that is absolutely correct.”

“We are protecting them from crimes of all kinds.

“We are rolling out a vaccination programme.”

The House Speaker then interrupted to argue the Prime Minister was going off-topic.

Mr Hoyle said: “Prime Minister I think you should at least try to answer the question.”

He then moved on to take questions from MPs as the Prime Minister sat down.