More migrant families are entering the United States and being released, new figures for March show, as thousands of children remain in detention facilities. 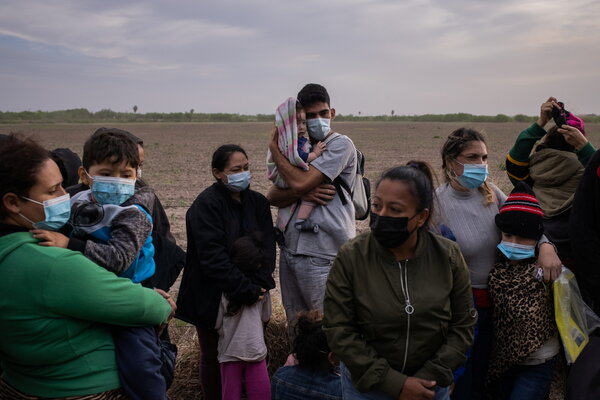 WASHINGTON — The Biden administration apprehended more than 170,000 migrants at the southwest border in March, the most in any month for at least 15 years and up nearly 70 percent from February, as thousands of children remained backed up in detention facilities and border agents released an increasing number of migrant families into the United States, government documents obtained by The New York Times show.

More than 18,700 unaccompanied children and teenagers were taken into custody last month after crossing the border, including at port entries, nearly double the roughly 9,450 minors detained in February and more than four times the 4,635 unaccompanied minors who crossed in March of last year, the documents show.

The sharp increases underscored the political and logistical challenges to the administration of managing the flow of people coming from Central America, including the need to more quickly move unaccompanied children and teenagers into emergency shelters at military sites and conventions centers throughout the United States. Many of the children are seeking to join parents, relatives or other people they know who are already in the country.

But the increasing number of family members traveling together is creating another issue for the administration. For much of the winter, even as the United States took in the unaccompanied minors, administration officials invoked an emergency rule put in place by the Trump administration during the pandemic to turn away most migrant families and single adults crossing the border.

The situation is rapidly becoming more complicated. For one thing, the sheer volume of families arriving is growing fast, with border officials encountering more than 53,000 migrants traveling as families in March, more than double the roughly 19,250 in the prior month.

American officials are also coping with a change in the law in Mexico, which has tightened its conditions for accepting Central American families expelled by the United States. Because of the new law in Mexico and a lack of space in shelters there for children, the United States can no longer send families with a child under the age of 7 back across the border.