Brexit man Steve Bray clashed with Tory MP Andrew Bridgen in a heated exchange on Parliament Green amid the Conservative party shake-up. Mr Bray is notorious as an incredibly vocal protester of Brexit, well-known for rushing Members of Parliament to condemn the UK’s departure from the European Union. MP for North West Leicestershire Mr Bridgen struggled to contain his frustration as he was accosted by the activist outside Parliament on a turbulent day for the Tory leadership. Speaking to Mr Bray, the Conservative MP threatened to call the police in an effort to control the ‘harassing’ behaviour of the activist before storming away from the scene.

“Shove off or else I’m calling the police,” snapped back Mr Bridgen.

The activist replied: “It’s such a great day and you want to call the police? Why?”

Mr Bridgen’s reply was blunt and direct: “Because you are always harassing me.” 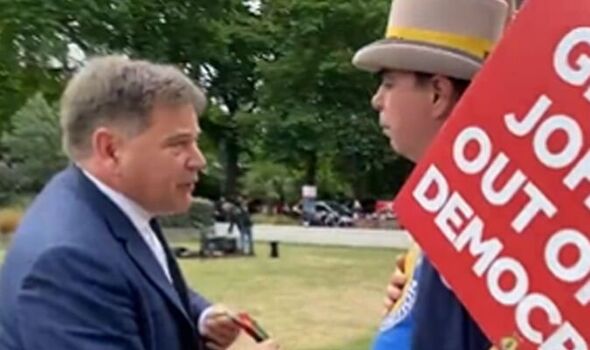 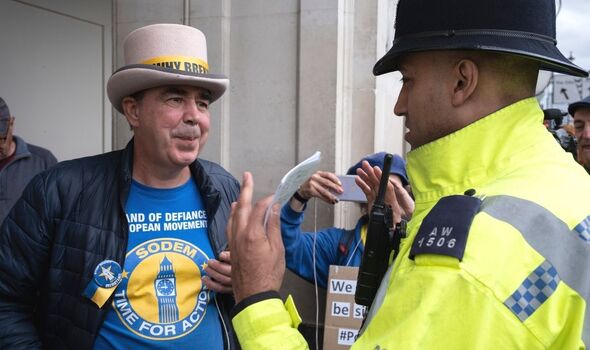 The activist continued to encourage the exchange as Mr Bray responded: “I never, we always have a chat.”

“I wouldn’t waste my energy,” replied Mr Bridgen as he rushed away from the protester. 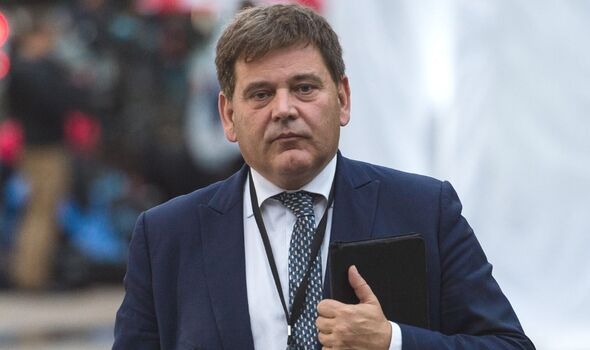 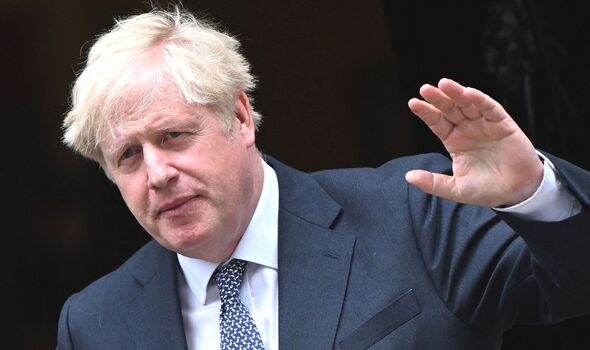 The Tory MP could be heard laughing as he hurried from the scene, appearing to find the exchange amusing.

Mr Bray has become a well-recognised figure outside the Parliament building for his incredibly vocal protests against the Brexit withdrawal agreement.

A day of high-profile resignations from the Conservative Government appeared to fuel the activist as he approached several politicians working to address the revelations. 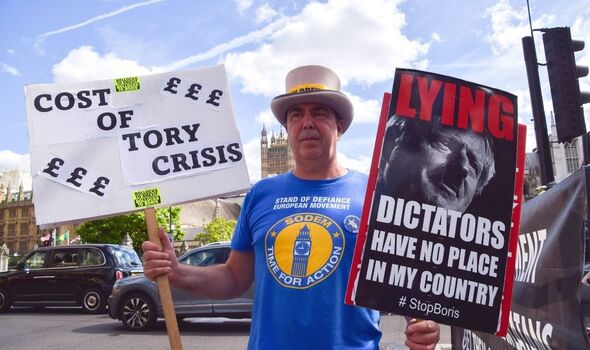 In a clip of the encounter posted to Mr Bray’s Twitter account, he branded Mr Bridgen “not a happy bunny.”

The protester later approached former MP Neil Parish to ask: “Will you be happy to see the back of Johnson?”