A quarter of lawmakers have yet to receive a coronavirus vaccine, even though they have been available since December. 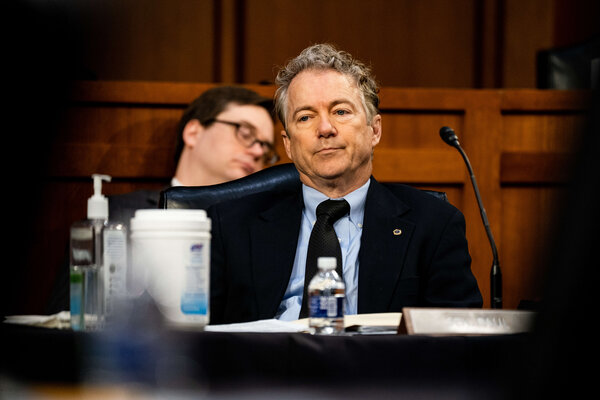 WASHINGTON — Even as Americans across the country hunt for a lifesaving shot in a bid to get back to a semblance of prepandemic normalcy, more than a quarter of members of Congress, just a phone call away from receiving a coronavirus vaccine, have turned it down.

Lawmakers who have continued to meet in person during the pandemic, often in violation of public health advice, have had access to the Pfizer vaccine since late December. But in the House, about 25 percent of lawmakers have not received a vaccination, the top Republican wrote this week to Speaker Nancy Pelosi, citing data from the Office of the Attending Physician. It is unclear how many senators have been vaccinated, though a handful of Republicans have said they do not intend to get one.

The hesitance around receiving the vaccine mirrors a broader trend across the United States, where there are differing degrees of opposition to being inoculated against the coronavirus, but polling suggests that Republicans are far more skeptical. Because vaccinations are confidential health information, there is no breakdown of which lawmakers have received one or what their party affiliations are. But in recent weeks, several Republicans have publicly rejected the idea of being vaccinated.

Senator Rand Paul, Republican of Kentucky and a former ophthalmologist, said he was “going with the science on this one” in refusing a vaccine.

“I have not chosen to be vaccinated because I got it naturally,” Mr. Paul, who tested positive for the virus last March, recently told reporters. (The science says the opposite; the Centers for Disease Control and Prevention recommends that people get vaccinated even if they have already had the coronavirus.)

“I had Covid,” said Senator Ron Johnson, Republican of Wisconsin. “I think that probably provides me the best immunity possible actually having the disease.”

The reluctance is just the latest barrier that Congress is confronting as leaders consider how to begin reinstating a sense of normalcy on Capitol Hill, where partisanship has become inextricably tied to health decisions and offices amount to their own fiefs, each with their own rules and perceptions of risk. It is emerging at a time when many aides on Capitol Hill — some of whom work for lawmakers who expect them to show up in person to the office — are themselves struggling to find a vaccine dose amid uneven policies about who should get one.