WASHINGTON (Reuters) – President Donald Trump embarked on his trip to Vietnam with a political cloud hanging over his head and keen to show progress on a thorny foreign policy issue that has befuddled many of his predecessors. 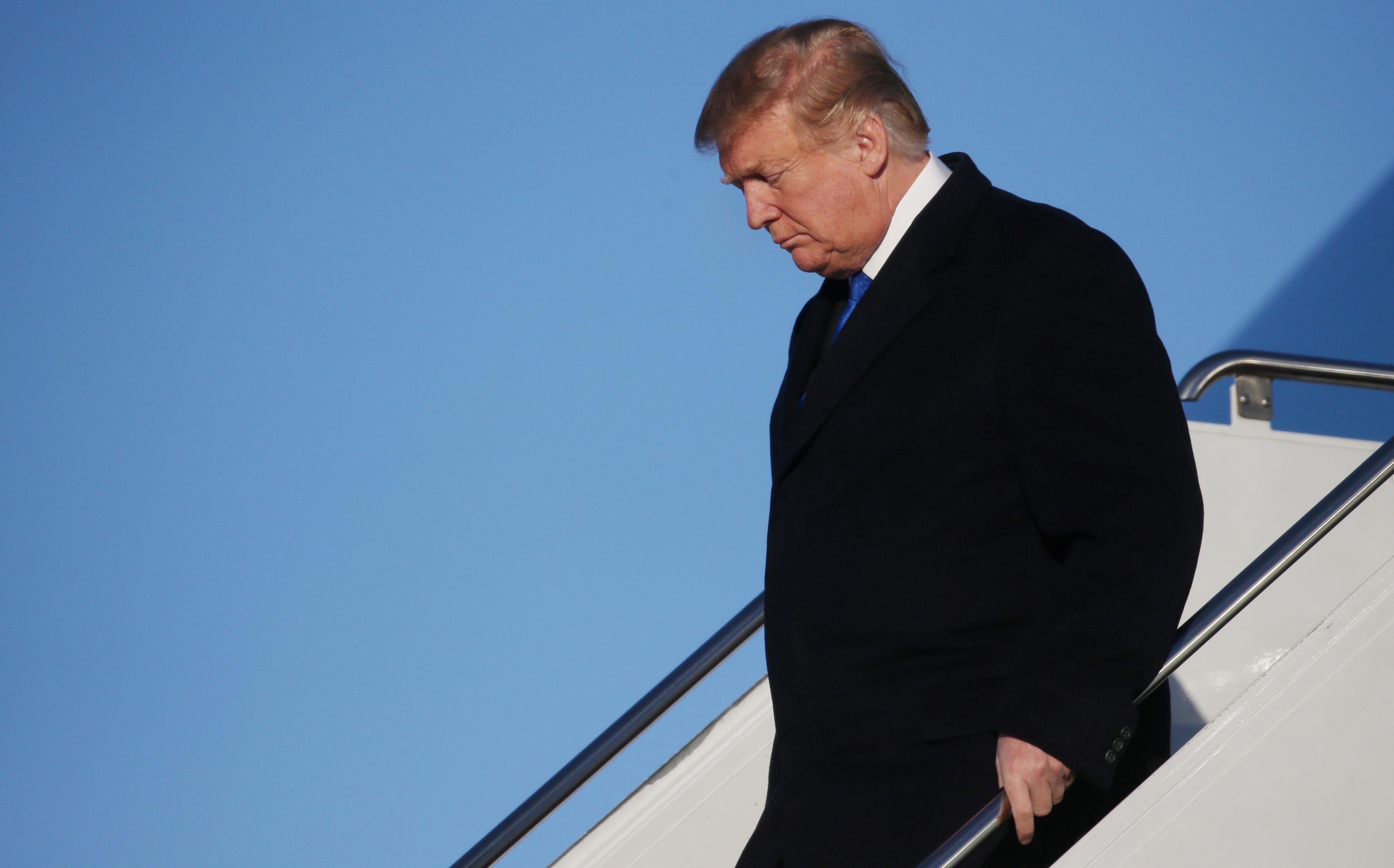 Now, he is just back from a Hanoi summit with North Korea that collapsed and the cloud has grown darker.

While Trump’s much-hyped meeting with North Korea’s Kim Jong Un broke up in disagreement over sanctions linked to Pyongyang’s nuclear weapons program, testimony from his former lawyer Michael Cohen, who accused him of breaking the law while in office, represented a potentially damaging development for the president at home.

Trump faced challenges on other fronts: sensitive talks with China over a trade deal, a slow-rolling crisis in Venezuela, tensions between India and Pakistan and an attempt in Congress to kill his emergency declaration aimed at securing funding for a wall on the border with Mexico.

U.S. Special Counsel Robert Mueller may also end his probe into Russia’s meddling in the 2016 presidential election in a matter of days – ensuring that speculation about the role of Trump and his campaign will keep making headlines.

Before Trump left for Vietnam, he privately complained that Democrats would go ahead with the Cohen testimony, violating an unwritten rule against attacking the president while he is overseas. He also wished the Mueller report was finished.

“He was very unhappy that they were holding the hearings while he was overseas,” said one person who was present and asked to remain unnamed. “He was also very unhappy that the Mueller investigation had not been concluded before he left. He felt that there was a cloud hanging over him.”

While at the summit, Trump cut the talks about North Korea’s denuclearization short and the two sides gave conflicting accounts of what happened, raising doubts about the future of one of Trump’s signature initiatives.

The White House had included a signing ceremony for a deal on Trump’s public schedule in Hanoi – and then abruptly canceled it. Trump’s Secretary of State Mike Pompeo complained about reporters being obsessed with what he tried to dismiss as “process” and said they were “radically uninformed.”

“Y’all shouldn’t get hung up on things like that,” Pompeo told reporters traveling with him.

As the summit unfolded, Trump kept up to date with Cohen’s testimony from his suite at a Hanoi hotel despite the 12-hour time difference.

The conclusion among Trump’s inner circle was that the president came out of the week okay, feeling there was not much new in Cohen’s testimony and that Trump was getting credit for walking away from a potentially bad deal with the North Koreans.

“There were no surprises this week,” said Christopher Ruddy, a conservative media mogul and a close friend of the president. “We knew North Korea was a tough nut to crack and that Michael Cohen was going to say a lot of nasty stuff. At the end of the day I don’t think it changes the political climate for President Trump,” Ruddy told Reuters.

But the Cohen testimony raised questions among Trump allies about his re-election campaign’s ability to organize a proper response.

Trump will have a friendly audience on Saturday when he addresses the annual meeting of the Conservative Political Action Conference in a Maryland suburb of Washington.

At the CPAC event on Thursday, Republican National Committee Chair Ronna McDaniel was quick to defend Trump’s handling of the Vietnam summit.

“He walked away rightly because he said we’re not going to take away the sanctions if you not going to de-nuclearize,” she said to applause.