The former chair of the Brexit Party made the comments in response to a video tweeted by unionist activist, writer and commentator Jamie Bryson. Northern Irish Unionist Ian Paisley Jr appeared on BBC Newsnight to discuss the election of new party leader Edwin Poots following the resignation of Arlene Foster at the end of last month. Mr Poots is a practising Christian and a member of the DUP’s traditional conservative wing.

DUP MP Mr Paisley launched into a furious when pressed by BBC economics editor Faisal Islam about how his party leader’s faith may be received by some of the electorate.

He raged: “Cobblers to your programme so far, that’s what I’ll say.

“The BBC want to lambast the man because he happens to be a man of faith and they basically want to take the mickey out of his religion. 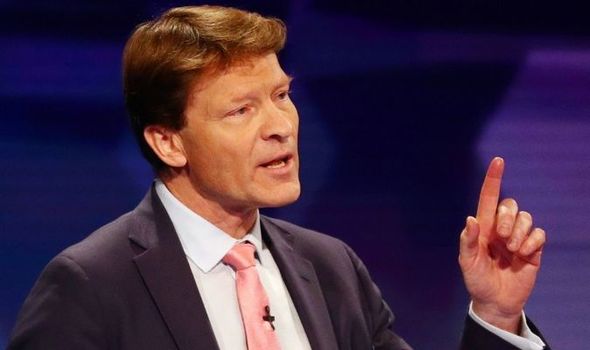 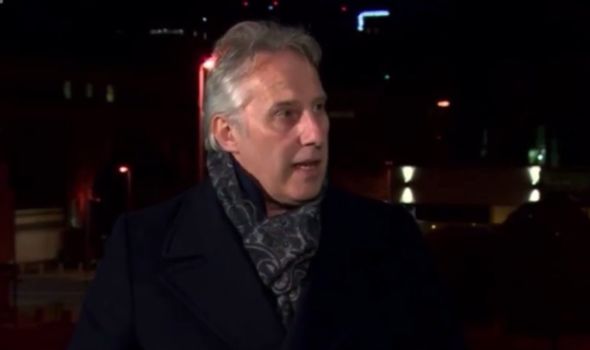 “You’re taking the mickey out of Christian faith.

“You should be ashamed of yourselves!

“The BBC should be ashamed of themselves for starting from that position.”

Alongside the video of the interview segment he posted on Twitter, Mr Bryson wrote: “Ian Paisley is absolutely correct. 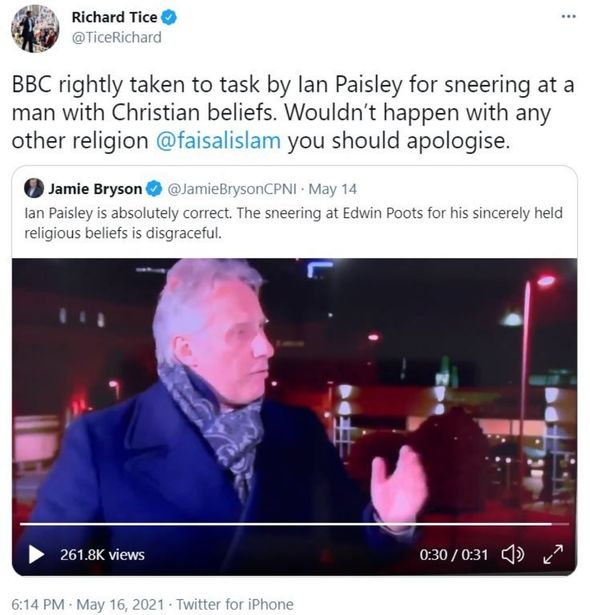 “The sneering at Edwin Poots for his sincerely held religious beliefs is disgraceful.”

This sparked a furious reply from Mr Tice, who called on Faisal Islam to apologise.

He replied on Twitter: “BBC rightly taken to task by Ian Paisley for sneering at a man with Christian beliefs.

“Wouldn’t happen with any other religion. 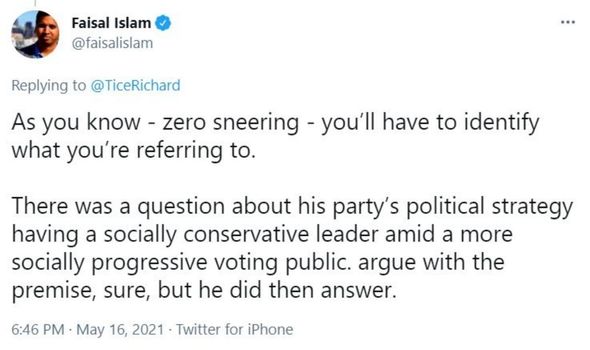 “Faisal Islam you should apologise.”

This led to a response from Mr Islam, who hit back and denied any “sneering”.

He tweeted: “As you know – zero sneering – you’ll have to identify what you’re referring to.

“There was a question about his party’s political strategy having a socially conservative leader amid a more socially progressive voting public. 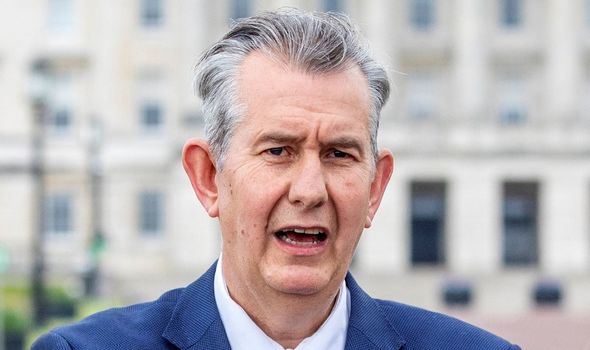 “Argue with the premise, sure, but he did then answer.”

Last Friday, Stormont Agriculture Minister Mr Poots was elected as the new leader of the DUP and will replace Arlene Foster when she steps down from the role on May 28.

He had made clear he would break with party tradition and not appoint himself Northern Ireland if elected party leader.

In his acceptance speech, Mr Poots pledged the DUP would be the “authentic voice” for unionism under his leadership.

He said: “It is an immense honour and pleasure to stand here today in this position, it is not a position that I expected to be in some weeks ago.

“However, things can change quite radically.”

“I’m looking forward to a positive relationship right across Northern Ireland with my party colleagues and indeed with people from other parties.