Brexiteer John Mann MP launched an offensive on editors at the licence fee-funded corporation after it featured an interview with ardent Remainer Nick Boles MP, who quit the Tory Party to join the Independent Group, now Change UK. He tweeted: “The editors of the Today programme put on a different Brexit remain perspective every day, sometimes several. An echo chamber of how the middle classes choose to ignore the perspectives of working class Britain.”

This is not the first time this week that the BBC have been accused of bias on the Remain side.

On Monday, Nigel Farage launched a blistering attack on “BBC bias” after claiming Andrew Marr and the cooperation of “ignoring” the Brexit Party.

The leader of the new party appeared on the journalist’s The Andrew Marr Show on Sunday expecting “a tough and free-flowing interview” about Brexit.

However, Mr Farage, writing in the Daily Telegraph, said Mr Marr was more focused on positions he took previously and not on the here and now.

He claimed the BBC was “still receiving a seven-figure sum from the EU” and “taking millions in this way from the EU during the past decade”.

Mr Farage wrote: “Apparently, none of this cash is used in its editorial budget. True or false (and who would ever know?) the fact is, it accepts EU money.

“It does so secretly, without mentioning this in its accounts. I find this highly suspicious.”

The attack comes as Express.co.uk revealed that the broadcaster’s charitable arm BBC Media Action received more than £3million directly from Brussels in the financial year 2017-18. 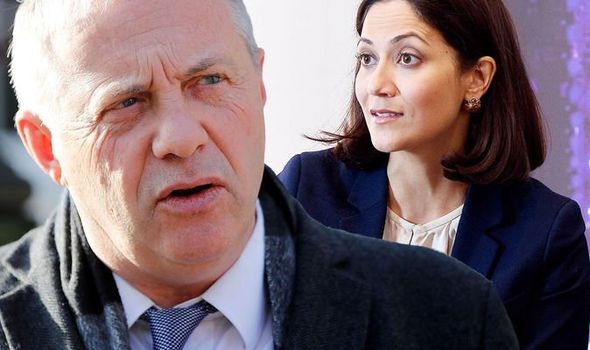 I find this highly suspicious

The BBC’s international development charity received almost £3million from the European Commission between 2017 and 2018.

A spokesman for BBC Media action told Express.co.uk: “In the financial year 2017-18, BBC Media Action received approximately £2.7million from the European Commission and £400,000 from the Council of Europe.

“This funding has gone to programmes in Iraq, Afghanistan, Syria, North Africa, South Sudan and Ukraine.

“BBC Media Action is an independent charity which is not funded from the BBC licensing fee.”

The main suspect in the Madeleine McCann case twice slipped through the net of Portuguese investigators, court documents and witness testimony suggest. Christian B, as…