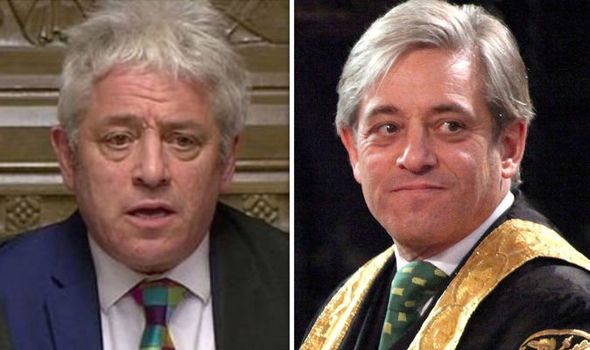 MPs are said to be collecting signatures in support of a no confidence vote if the Speaker does not quit in June. Mr Bercow has previously said he intends to look for a successor after holding the position for 10 years. However, a senior Conservative source told The Daily Telegraph: “Bercow is going nowhere. He is determined to see Brexit through.”

Another source said: “He’s coming under quite a lot of pressure to stay in the chair while Brexit remains so uncertain.”

One MP who supports his departure said: “Even if it doesn’t work, we can’t just stand by and let him ride a coach and horses through our constitution without registering a protest.”

Labour MPs Chris Bryant and Harriet Harman have said they are interested in becoming Speaker.

Mr Bryant told the paper: “I’ll be a candidate,” while friends of Ms Harman said she was “certain to run” and told journalists that Mr Bercow “wants to go before the summer recess”. 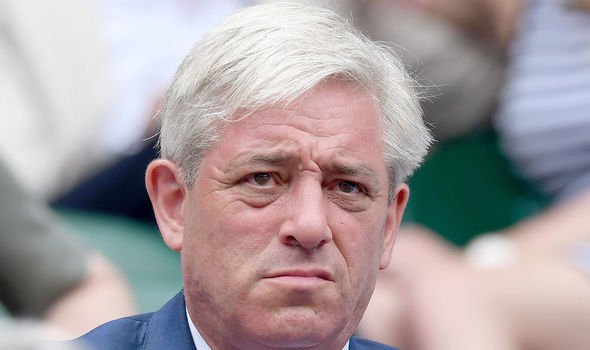 The news follows criticism of the Commons speaker over his reported Brexit “bias”.

Reports earlier this year said the Tory MP might not received a peerage when he retires because of his behaviour during Commons Brexit debates.

Former Commons Speakers have been automatically offered a seat in the House of Lords for the past 230 years meaning this block would break tradition. 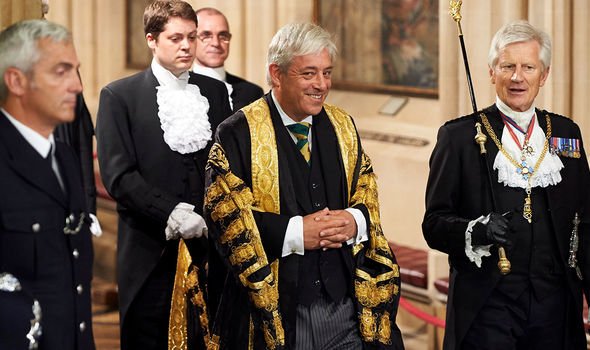 A Cabinet source told the paper at the time: “It’s a good job peerage nominations are in our gift.

“I’m sure we’ll be thinking carefully about which individuals we would choose to elevate to the House of Lords.

“I can’t imagine we would look favourably on those who’ve cheated centuries of procedure.”

A spokeswoman for the Speaker told the paper: “The Speaker was elected by the House in 2017 for the course of the Parliament. In the event he has anything to say on his future plans, he will make an announcement to the House first.”