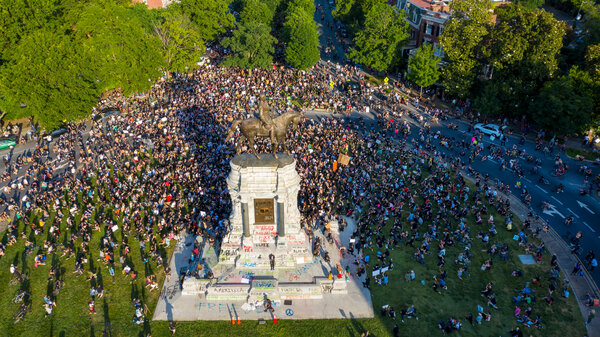 The Biden administration on Friday revoked a Trump-era restriction on migrants who enter the country without health coverage and rolled back six executive orders intended to stoke anger over street protests and attacks on Confederate monuments in 2020.

The actions, while hardly unexpected, represented a broad repudiation of former President Donald J. Trump, and his practice of using executive orders to advance his political agenda.

A White House spokesman did not comment on the moves.

Mr. Trump’s orders, which were announced with much fanfare, did not, in the end, amount to any real policy changes. The health care proclamation, announced in October 2019, could have had the most significant impact: It would have restricted immigration to the United States to people who were insured and could prove they could pay their own health care bills, but it was quickly blocked by a U.S. District Court judge in Oregon.

The others rolled back on Friday were a grab-bag of Trump pronouncements and initiatives that now seem like a time capsule of his tempestuous, news-cycle-driven presidency, including a proposed sculpture garden to honor the “great figures of America’s history,” first proposed on July 3, 2020, at a rally at Mt. Rushmore. It was never funded.

A week earlier, Mr. Trump had also signed an executive order to protect federal monuments against the attacks of protesters, at a time when statues of rebel generals and racist politicians were being defaced by protesters and removed by local governments.

The order, written with the partisan bombast of a Trump campaign speech, blasted “rioters, arsonists, and left-wing extremists” and called upon federal law enforcement agencies to punish anyone caught defacing public property to the fullest extent of the law.

The three most recent orders rescinded were signed by Mr. Trump after he lost the election, including a December 2020 directive to rebrand all U.S. foreign aid with a single logo that ‘embodies the values and generosity of the American people” — within 30 days.

It, like most of the others, was ignored after the ink dried.