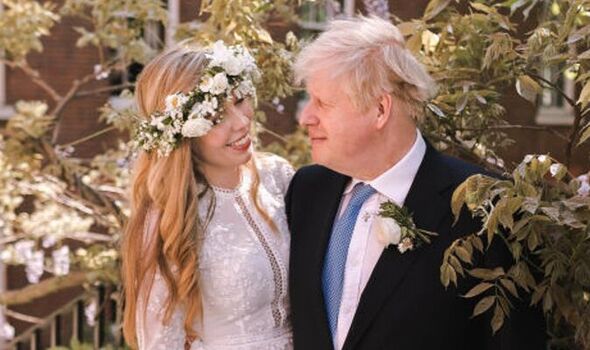 The lavish party is allegedly one of the reasons the PM wishes to stay on as caretaker of No.10 until a successor has been elected.

Government sourcers quoted by the Daily Mirror’s Pippa Crerar claim that the planned party is one of the reasons Mr Johnson wishes to stay in Downing Street.

The sources claim that Mr Johnson and Carrie have planned a lavish bash at the grace-and-favour country home to mark their marriage.

Ms Crerar claims two sources informed her the PM is keen to go ahead with the party despite announcing his resignation this morning.

The couple had originally tied the knot in secret.

Their ceremony was in front of a handful of guests at Westminster Cathedral.

They later celebrated in the Downing Street garden, but still were only allowed 30 guests due to Covid restrictions.

However the party planned for this summer, pencilled in for July 30, is tipped to be a larger and more glamorous occasion.