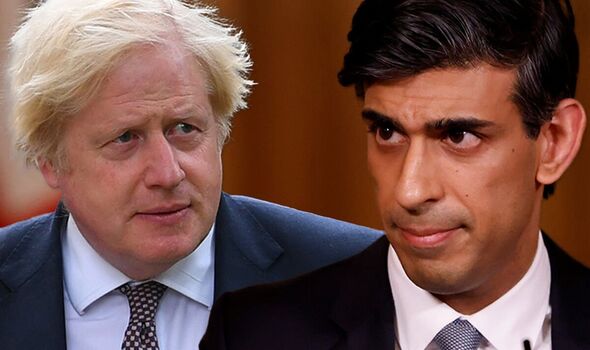 Boris Johnson has ramped up the pressure on Rishi Sunak after giving his backing to a Bill that would allow him to ignore the European Court of Human Rights.

The former Prime Minister is supporting an effort by Conservative backbencher Jonathan Gullis to let the UK ignore rulings from the Strasbourg court.

The ECHR blocked the first removal flight of alleged illegal migrants to Rwanda earlier this year.

Mr Johnson is the latest Tory to give their backing to the Bill after one Conservative MP told Express.co.uk earlier this week that a number of “big name” politicians were “locked in” to back the legislation.

The Bill will be introduced to Parliament this afternoon.

It comes less than 24 hours after Mr Sunak announced his bold plan for tackling illegal immigration.

The Prime Minister pledged to get a grip on the number of people arriving in Britain without a right to remain, saying “enough was enough”.

He said restarting removal flights to Rwanda was a key part of his five-point plan to tackle the issue.

However, he failed to mention how he would deal with the appeals made in the ECHR.

Priti Patel announced the Rwanda policy when she was Home Secretary.

But no planes have so far taken off after legal appeals stopped the first removal flight from leaving.

Writing in the Telegraph ahead of today’s Bill being introduced, Mr Gullis said: “It is completely unacceptable that the European Court of Human Rights undermines the will of the British people and elected MPs.

“I was elected by the people of Stoke-on-Trent North, Kidsgrove and Talke because my constituents, like many others, were sick and tired of metropolitan elites like Keir Starmer trying to reverse the vote to leave the EU, the largest mandate in British political history, which took back control of our money, borders, and laws.

“Despite this, the supranational quasi-legislative ECHR is still trying to thwart democratic decisions made in our sovereign Parliament.”

Mr Johnson’s support for the Bill will increase pressure on Mr Sunak to give his consent to the proposals put forward by Mr Gullis.

The ex-Conservative leader has already been a key player in several other backbench revolts that have forced the Prime Minister into U-turns.