In one of the most ferocious clashes this year between Boris Johnson and Sir Keir, the Prime Minister denounced the Leader of the Opposition’s anti-Brexit stance and ridiculed his original support for the UK joining the European Medicines Agency. On Tuesday, the European Union approved the post-Brexit trade deal between Britain and the trading bloc.

Mr Johnson said: “Last night our friends in the EU voted to approve our Brexit deal which he opposed.

“It enables us to not just take back control of our borders enabling us amongst other things to deal with such threats like the European Super League.

“It enables us to deliver free ports and above all taking back control of our country has allowed us to deliver the fastest vaccine rollout in Europe as he well knows.

“This would not have been possible if we had stayed in the European Medicines Agency which he voted for.” 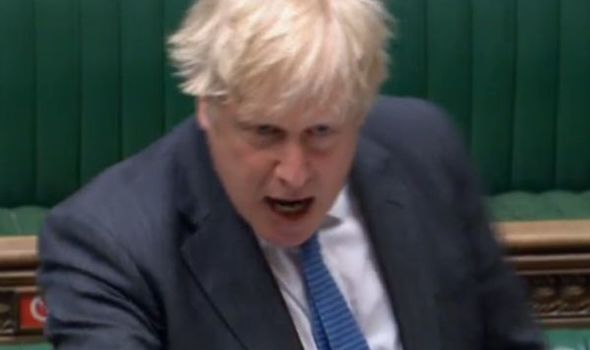 He added: “Week after week the people of this country can see the difference between a Labour Party that twists and turns with the wind and thinks of nothing but playing political games.

“This party gets on with delivering on the people’s priorities and I hope people will vote Conservative on May 6.”