The shock announcements from the Chancellor and the Health Secretary come after the Prime Minister admitted it was a “mistake” to put Chris Pincher into a Governmental role. He apologised after he said he was aware of a misconduct complaint against the MP, who was suspended from the party following allegations of sexual misconduct last week.

Mr Johnson said he was “aware back in 2019, of a specific allegation against Pincher that was resolved”.

He added that, with the benefit of hindsight, appointing the Tamworth MP to the role of deputy chief whip “was the wrong thing to do”.

Mr Sunak, resigning moments after the Health Secretary, said the country expected “Government to be conducted properly, competently and seriously”.

Mr Javid said he could not continue in his post “in good conscience” after losing confidence in Boris Johnson’s leadership. 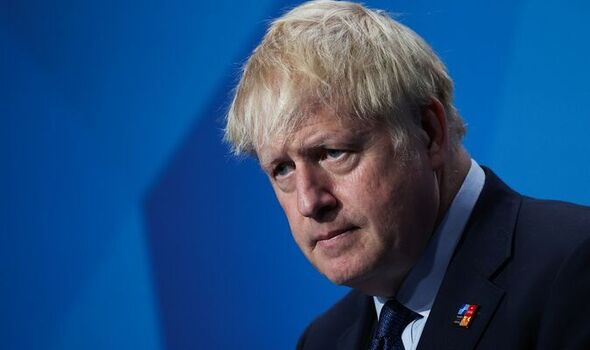 The new Chancellor and Health Secretary appointed by the Prime Minister will “struggle to seem credible” after Rishi Sunak and Sajid Javid’s resignations.

Robert Peston wrote on Twitter: “The mood of the parliamentary Tory party is dire.

“Those Conservative MPs to whom I have talked expect the PM to attempt to cling on but they think he will fail.

“They expect him to appoint a new health secretary and new chancellor but one senior Tory said the new incumbents will struggle to seem credible.

“The ball now rests squarely in the court of backbenchers.”

PM a ‘Lazarus’ but can only rise again ‘once’

Boris Johnson has been labelled a “Lazarus” figure by a Cabinet minister remaining in their post, with a second questioning how many times the resurrection power will pay off for the PM.

A second Conservative politician then added: “But Lazarus only came back from the dead once.”

Boris Johnson will “likely” face a second confidence vote as he “inevitably” attempts to secure his position, a political journalist has said.

“If he stays put – as he will inevitably try to do – it seems highly likely the new 1922 committee will organise another confidence vote sooner rather than later.

The chief whip and the Culture Secretary arrived at No 10, shortly after the Prime Minister was seen returning to Downing Street.

Boris Johnson has returned to Downing Street following the resignations of two of his most senior Cabinet members.

This is the first sighting of the Prime Minister since the announcements earlier this evening. 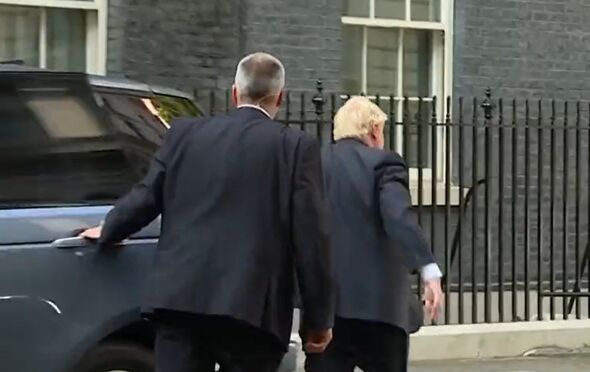 Boris Johnson should expect a slew of further Cabinet resignations, a Tory MP has said.

Andrew Bridgen, MP for North West Leicestershire, told the PA news agency: “I guess they (Rishi Sunak and Sajid Javid) finally got where much of the party got weeks if not months ago, that we just can’t carry on like this.

He added that the revelations of Mr Johnson’s knowledge of allegations against Chris Pincher showed the PM “to have been lying again”.

He described his feeling that Boris Johnson will “be shown the door” as other Cabinet ministers hand in their resignations.

Sunak and Javid resignations ‘not coordinated’

Sajid Javid and Rishi Sunak’s resignations as Health Secretary and Chancellor were “not coordinated”, Robert Peston has said.

Writing on Twitter, the veteran political journalist wrote this may be “more damaging” for Boris Johnson.

He wrote: Treasury source tells me that first @RishiSunak knew that @sajidjavid was resigning was AFTER he put out his own resignation statement.

“The claim is these resignations were not coordinated.

“Which makes them 1) more damaging for the prime minister and 2) raises possibility other ministers may resign.

Priti Patel and Ben Wallace to ‘stay in government’

The Home Secretary and the Defence Secretary are “staying in government”, sources have suggested.

Priti Patel and Ben Wallace are not likely to hand in their resignations and follow the Chancellor and Health Secretary, Sky News reports.

Liz Truss is “100 percent behind the Prime Minister”, a source close to the Foreign Secretary has told Express.co.uk.

Ms Truss has reiterated her support for Boris Johnson in recent weeks, repeating her wholehearted backing of the PM.