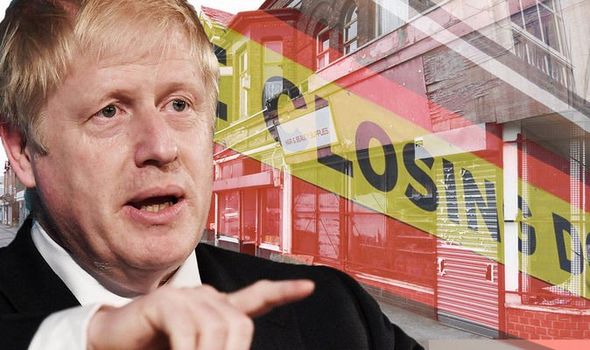 In a series of new business policy pledges, the Tory leadership contender will set out a plan for the Government to help hard-pressed city and town-centre shops fight back against the online giants. The former foreign secretary will propose scrapping business rates on free-to-use cash machines to ensure shoppers can withdraw money as well as an overhaul of planning laws to sweep away the red tape involved in opening new retail outlets. He will also call for the immediate unlocking of a £675million Government fund earmarked for sprucing up high streets around Britain.

Mr Johnson said: “High Streets are a vital part of British life, but they are coming under increasing pressure from the rise of online shopping – especially in the more rural areas.

“We need a bold vision to rejuvenate our High Streets, and to make sure that they remain places where people want to go, meet and spend their money.

“The high street is the heart of many towns across the country, a place for people to come together and support local business.

“This is an extremely exciting opportunity to revive our communities, and we should grab it with both hands.”

Government figures show that online shopping has soared from less than 1% of retail sales in 2000 to nearly a fifth last year.

The Tory leadership contender wants a range of bureaucratic and legal barriers to business to be swept away to allow high-street shops to flourish. 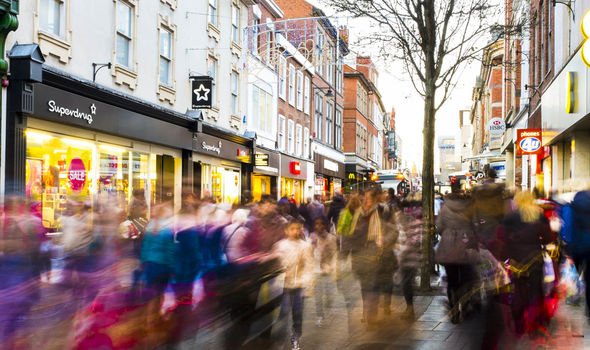 In particular, he wants to overhaul town and country planning laws that mean converting one form of premises – such as a shop, cafe, pub or hot-food takeaway – to another can be a lengthy process.

As a result, many shops can be left empty for months or even years.

One option being considered by Mr Johnson’s team is introducing a new “A” class business category covering shops, financial and professional services, restaurants and cafes. The measure would allow existing shops to easily offer additional services.

Mr Johnson also wants to curb the closure of Automated Teller Machines (ATMs) that has followed the surge in contactless payments.

With many banks and Post Office branches also closed, he fears many shoppers who prefer to pay using cash face increasing difficulties in making withdrawals.

The Federation of Small Business has pointed out that 54% of consumers in rural areas would not be able to access cash easily if their nearest ATM was to close.

Mr Johnson wants to introduce 100% business rate relief on free-to-use ATMs to keep as many as possible open in town and city centres.

To perk up the look of many high streets, he also wants to make use of a £675million fund set up by Chancellor Philip Hammond in last year’s Budget for town centre regeneration.

If he becomes prime minister, he plans to announce this summer the towns that have been successful in bidding for shares of the cash.

He also wants to see the fund expanded in future budgets.

His latest policy announcement comes ahead of a hustings clash with his leadership rival Jeremy Hunt today in front of thousands of grassroots Tory members in Exeter.

Mr Hunt’s team last night pointed out that the Foreign Secretary had already set out an alternative plan for boosting Britain’s high streets by scrapping business rates for nine out of ten shops. 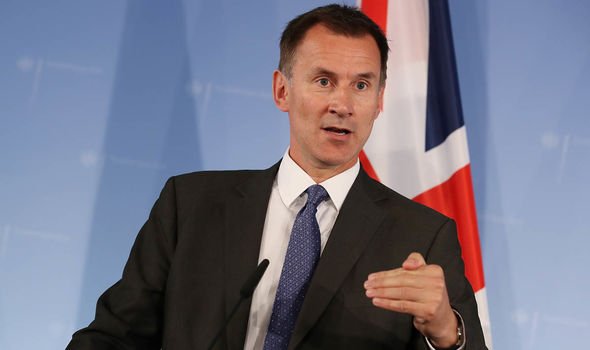 He has claimed tens of thousands of retailers could save around £6,500 a year under the measure.

Mr Hunt last night renewed his challenge to Mr Johnson to meet in a live television clash before their scheduled ITV showdown on July 9.

In a letter to his rival, the Foreign Secretary called for clarification of a series of details of his Brexit plan.

“I believe it is now more vital than ever that we conduct head to head debates this week before ballot papers go out, so party members can make up their minds if you – and indeed I – understand the detail on these crucial issues,” Mr Hunt wrote.

Around 160,000 party members are expected to be eligible to vote in the contest to choose their next leader.

Ballot papers are due to be sent out next week, with the winner announced on July 23. The new Tory leader is then expected to be invited to formally appointed prime minister by the Queen the following day.