On Tuesday, Number 10 sought to assure the public that everything is under control. After a Cabinet meeting, a spokesman said Boris Johnson plans to “lead a one nation government which would respect the result of the referendum by leaving the European Union on October 31.” But there is still little evidence on how this could happen with the Prime Ministers hands tied by the introduction of a new law this week.

The Hilary Benn law will see the PM forced to request another Brexit delay if a deal hasn’t been signed by October 19.

On Monday, Mr Johnson insisted he wanted to find a deal, and said that it would be a “failure of statecraft” not to.

But with the EU insisting the backstop must remain in any deal, and the PM insisting it must be scrapped, it’s unclear what deal will be acceptable to both sides.

But it seems Mr Johnson will soon head to Brussels in an attempt to open discussions once more. 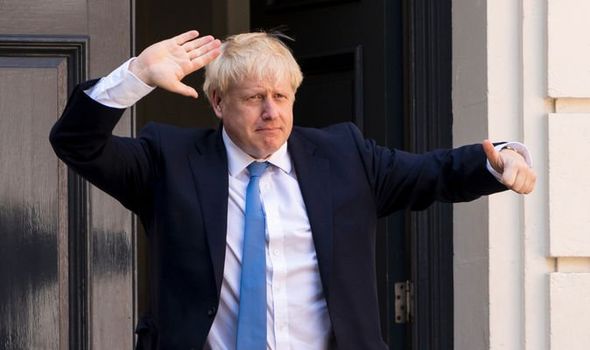 Downing Street sources said the PM is due to visit Brussels next week to discuss efforts to get a new deal with Jean-Claude Juncker, president of the European Commission.

Downing Street is understood to be seeking assurances from Mr Juncker about Mr Johnson’s reception in Brussels before pressing ahead with his first visit there as Prime Minister.

A source said: “We’re not going to set him up for the same treatment that they used to give [Theresa] May.”

Mr Johnson is also due to meet key figures in New York this month during the annual general assembly of the United Nations. 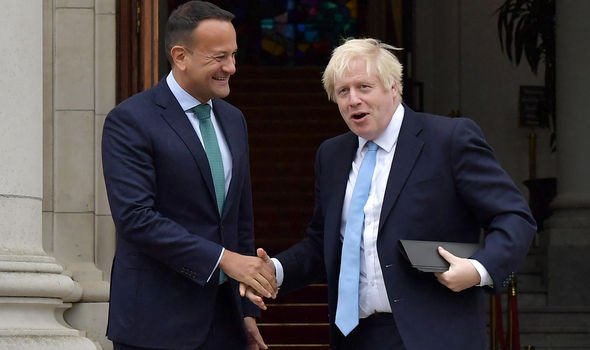 Donald Tusk, president of the European Council, has already agreed to a meeting.

Efforts are being made to arrange Brexit talks with President Macron of France and Angela Merkel, the German chancellor, on the sidelines of the assembly.

Back on home soil, however, MPs continue to rally against Mr Johnson’s policy.

Arlene Foster, the DUP leader, sounded a warning that the Tories’ allies would oppose an “anti-democratic, unconstitutional” version of the backstop that applied only to Northern Ireland. 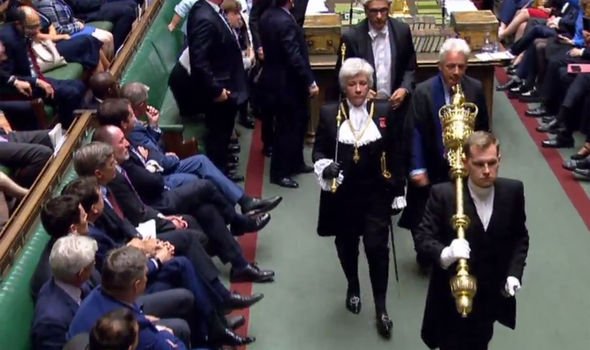 And on Tuesday, it was reported opposition parties are planning on banding together to vote down the Queen’s speech, due to be delivered when parliament reconvenes on October 14.

The Telegraph reported Labour leader Jeremy Corbyn will table a motion of no confidence in the Prime Minister On October 22, if he is successful in voting down the speech the day before.

Senior SNP and Lib Dem sources also confirmed that a confidence vote in late October was discussed by opposition leaders during a meeting in Westminster on Monday morning, according to the Telegraph.

Brexit SHOWDOWN: Labour and SNP ‘plot’ to BLOCK the Queen

Julia Hartley-Brewer shames Labour MP: ‘Brexiteer is not an insult’