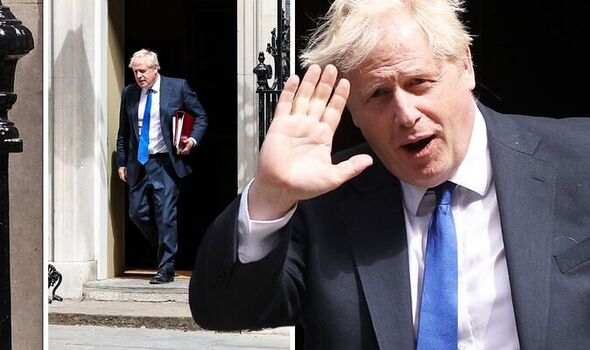 A senior Government source said the Prime Minister is “fighting on” despite a whole swathe of MPs quitting in protest at his leadership.

Starring down members of his top team this evening, Mr Johnson told his Cabinet that his resignation would be the end of the Tory party, with no chance of winning the next general election.

Home Secretary Priti Patel, Business Secretary Kwasi Kwarteng, Transport Secretary Grant Shapps, Northern Ireland Secretary Brandon Lewis and Welsh Secretary Simon Hart were among those urging him to give up and stand down.

It is thought even suggested Nadhim Zahawi, who was only appointed Chancellor on Tuesday, was among those taking part in the showdown with Mr Johnson.

However, supporters including Culture Secretary Nadine Dorries and Brexit Opportunities minister Jacob Rees-Mogg rallied behind the Prime Minister in his bid to stay on in No10.

Asked, as she left Downing Street, if she is still supporting the Prime Minister, Ms Dorries said: “Definitely”.

Asked if others are also still backing him, she added: “Oh yes”.

Backbenchers and even remaining ministers have been left dumbstruck by Mr Johnson’s stubborn refusal to quit.