The PM will also be warning them against any attempts to push Volodymyr Zelensky into a “bad” peace deal with invading tyrant Vladimir Putin. As Mr Johnson desperately tries to stave off a leadership challenge following a humiliating by-election defeat and multiple high-profile resignations, the summits will provide an opportunity to highlight the UK’s own military support for Ukraine. The PM has rejected calls for him to come home and reassert his authority following the largest swing in votes in British political history to oust the Conservative party in the Tiverton and Honiton by-election.

He told broadcasters in Rwanda before leaving for the G7: “Too many countries are saying this is a European war that is unnecessary … and so the pressure will grow to encourage – coerce, maybe – the Ukrainians to a bad peace.

“My message to colleagues at the G7 and at Nato in particular is … now is not the time to settle and encourage the Ukrainians to settle for a bad peace, for a peace for which they are invited to give up chunks of their territory in return for a ceasefire.”

The beleaguered PM had rejected a call from senior Tory MP Sir Geoffrey Clifton-Brown who said the prime minister should “come home” and outline how to “resolve the really serious situation the country is in”.

The government also announced it was ready to provide Ukraine with another £429million in loans in response to fears it could run out by the autumn. Mr Johnson’s official spokesperson said the PM would challenge fellow leaders to “empower president Zelensky and Ukraine to achieve the outcome they want.

They added: “That’s what the prime minister will be asking at the G7 and Nato summit as he encourages fellow leaders to increase their economic, military and political support for Ukraine.” 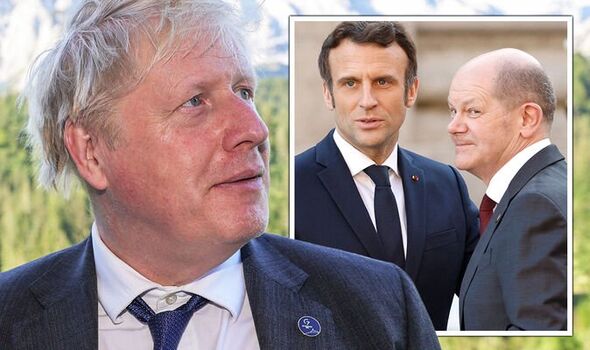 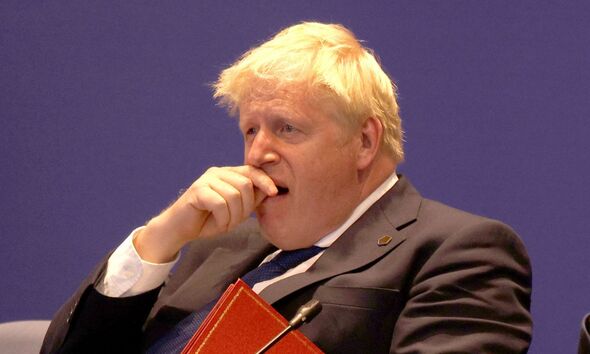 This resulted in humiliation for Macron himself when just a day after Putin reassured the French president that he would not invade Ukraine, the despot moved his troops across the border. Mr Macron’s efforts to negotiate with Putin have raised fears that Ukraine could be pushed into a compromising deal that could be devastating both for the future of the country and for NATO as a whole.

A senior government source described the possible peace treaty as a “s*y” outcome. They told the Telegraph: “There is a big fight on to give Zelensky the space and reassurance that if he wants to hold on and not settle for a s**y peace that he will have enough support.”

However, German chancellor Olaf Scholz insisted this week that Ukraine and Russia were still “far, far away” from peace talks. He said this was “because Putin still believes in the possibility of a dictatorial peace”. 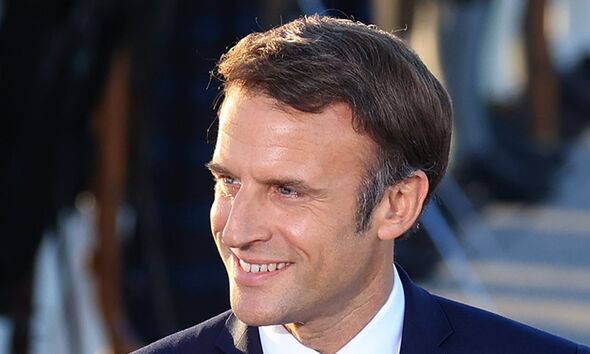 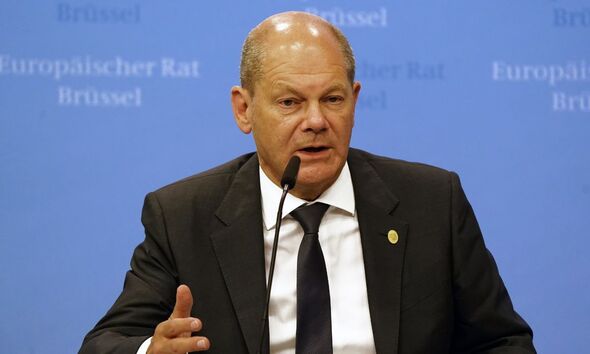 Mr Zelensky has stated however that Germany has been slow to deliver on their promise of “comprehensive” assistance, saying the deliveries “are still less than they could be”.

Britain has committed around £1.3bn worth of military and economic support to Ukraine since the invasion in February, and will lead a new three-week training programme of Ukrainian troops. EU leaders at the European Council summit agreed this week to make Ukraine a candidate to join the bloc, much to the delight of Mr Zelensky, who insisted: “Ukraine’s future is in the EU.”

This comes after Emmanuel Dupuy, President of the Institute of Prospective and Security in Europe warned to Express.co.uk that Ukraine may yet be rejected by the EU. Mr Dupuy said: “Entering the European Union is not about a political will. It’s about administrative, and judicial capability and the acceptance of a certain number of rules, which are yet not fulfilled by Ukraine.

DON’T MISS: Loophole closed to ban sport coaches having relationships with under18 [REVEAL]
‘Cannot get away from this’ Boris in danger over Tory rebels coup [INSIGHT]
Boris Johnson MUST get ‘a proper Brexit’ done to stay in No.10 [ANALYSIS] 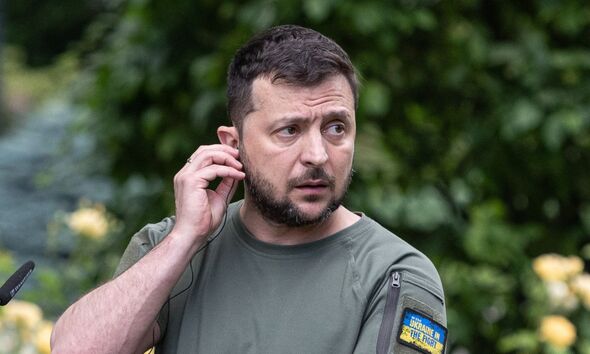 “Ukraine is and will be – when it comes inside the European Union now or in 10 years’ time – the weakest of the European economies. And that is of course a huge burden both for Ukraine and European Union countries, which may very well not accept that.”

Ukraine’s economy could shrink by an estimated 45.1 percent this year, according to the World Bank.

The World Bank Vice President for the Europe and Central Asia region Anna Bjerde warned: “The Russian invasion is delivering a massive blow to Ukraine’s economy and it has inflicted enormous damage to infrastructure.”

She added the real impact of the war will vary according to the duration and intensity of the war. Despite numerous setbacks, Putin’s invasion shows no signs of letting up.