The Prime Minister was seen with his wife, Carrie, shopping for groceries in the town of ​​Nea Makri near Athens. He appeared to load up two baskets with goods before paying at a self-service checkout.

His trip to the continent comes after he returned from five days at a Slovenian spa just last Sunday.

The Prime Minister took the short break in the Eastern European country to have a “mini-moon” with Carrie after the couple were unable to take a full honeymoon after they married.

Multiple crises including Covid and the cost of living led to Mr Johnson skipping the traditional post-wedding getaway immediately after he tied the knot.

Since being ousted as the Tory party leader last month, the Uxbridge & South Ruislip MP has been making up for lost time with his loved ones. 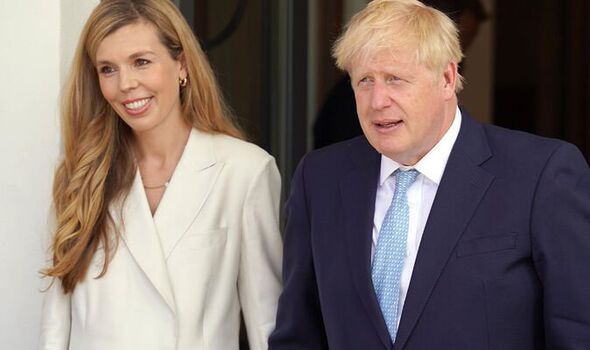 However, his latest family trip has already been seized upon by the Labour Party who attacked the Prime Minister for failing to fix the cost of living crisis.

A Labour spokesperson said: “On the evidence of the last few months it seems to make little difference if the Prime Minister is in the office or on holiday.

“It’s all just one big party for Boris Johnson while the country struggles with the Tory cost of living crisis.”

Sir Keir Starmer, who has only just returned from his own holiday, this morning branded Boris Johnson a “lame duck”.

He told BBC Radio 5 Live: “He’s acknowledged there’s a problem with energy bills, but says ‘I’m not going to do anything about it’.”

The Labour leader made his comments as he set out his £29billion emergency plan to stop energy bills rising over the winter – paid for in part by an extension of the windfall levy on the profits of the oil and gas companies.

He said under his party’s “fully-funded” proposals, consumers would not pay “a penny more” for their gas and electricity over the coming months, saving the average household £1,000.

“This is a national emergency. It needs strong leadership and urgent action,” the Holborn & St Pancras MP added.

Mr Johnson has refused to intervene on surging inflation and anticipated sky-rocketing energy bills, saying any decisions must be made by his successor.

His official spokesman said: “By convention it is not for this Prime Minister to make major fiscal interventions during this period. 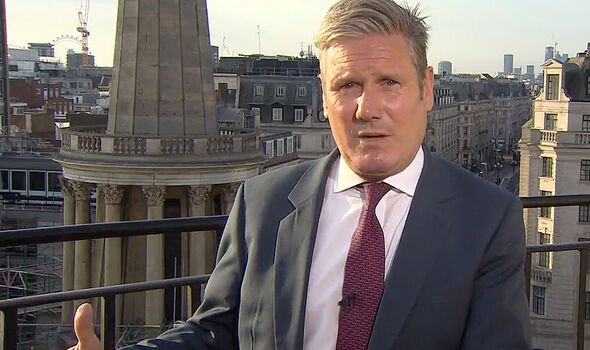 “It will be for a future prime minister.”

“Even when you are not in the office in Downing Street you are working,” he told LBC.

“He’s probably in about his second week of holiday in the last year or so certainly this year.

“So while somebody is away whether they are secretary of state or let alone the Prime Minister, they will be continuing to work.

“I can assure you he will still be going through inboxes, he will still be dealing with national security issues where relevant. Being out of the country does not mean the Prime Minister stops working.”