The EU is threatening legal action against the UK if ministers do not withdraw the measures planned by the Government by the end of this month.

In a statement following the “extraordinary meeting” of the joint committee between the two sides, he warned Brussels is “of the view that it does the opposite”.

Mr Sefcovic said Britain had “seriously damaged trust” with the Bill that deviates from the Withdrawal Agreement signed by the Prime Minister.

He added in the statement “in no uncertain terms” that the “timely and full implementation” of the divorce deal is “a legal obligation”.

The Cabinet Office minister reportedly launched into a scathing attack during the crunch meeting, according to BBC News Political Editor Laura Kuenssberg.

She has tweeted: “EU source says Gove was ‘not the usual gentleman’ and didn’t use ‘usual diplomatic language’.” 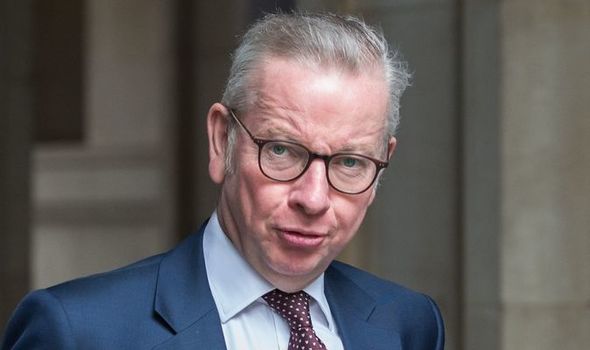 Following the meeting with the European Commission Vice President, Mr Gove said: “The UK Government is committed to the implementation of the Withdrawal Agreement and the (Northern Ireland) protocol.

“I explained to him that we could not and would not do that and instead I stressed the vital importance of reaching agreement through the joint committee on these vital questions.”

The Cabinet Office minister added he is “looking forward” to the second reading of the internal market bill next week so ministers can set out “in detail” why the legislation is important.

Mr Sefcovic said in his statement: “Violating the terms of the Withdrawal Agreement would break international law, undermine trust and put at risk the ongoing future relationship negotiations.”

He also warned the UK Government to remove the measures relating to state aid and the Withdrawal Agreement from the draft Bill “in the shortest time possible and in any case by the end of the month”.

The statement added: “It is now up to the UK Government to re-establish that trust.”

But the UK Government has made clear it will be pressing ahead with the plan, with the Bill being debated in Parliament on Monday.

They have also published a legal opinion saying Parliament is sovereign and therefore can effectively do as it wishes.

The legal opinion said: “Parliament is sovereign as a matter of domestic law and can pass legislation which is in breach of the UK’s Treaty obligations.

“Parliament would not be acting unconstitutionally in enacting such legislation.”

The Government has insisted it is committed to the withdrawal agreement and that proposed law overriding parts of the treaty mearly merely clarifies ambiguities.

Downing Street has said its main prioirity is the 1998 Northern Irish peace deal that ended decades of violence.