The leader of the Scottish Conservative Party branded “utterly outrageous” that trade unions are “pulling Labour’s strings” and deciding which approach the party should have over Brexit. She said: “The Labour Party finally has a position on Brexit. It wasn’t decided by the party leader, or the shadow Brexit Secretary. The shadow cabinet didn’t drive a collective decision on the biggest issue facing the country, nor did the parliamentary Labour party take a vote, nor even delegates at the Labour Party conference.

“No, this week – a full three years after the Brexit vote occurred – Her Majesty’s Opposition was strong-armed into its approach by the secretaries-general of the five largest affiliated trade unions.

“It’s a position suitably obtuse that you can tell it’s been written by committee.

“The Labour leader might have come to power promising a new kind of politics, but it seems the old trope of the Unions pulling Labour’s strings still stands.”

Mrs Davidson pointed out these unions also happens to be some of the largest donors to the Labour Party – and she drew a comparison with her own party, arguing no one would accept a policy rubber-stamped by the Tory leader if decided by Tory donors. 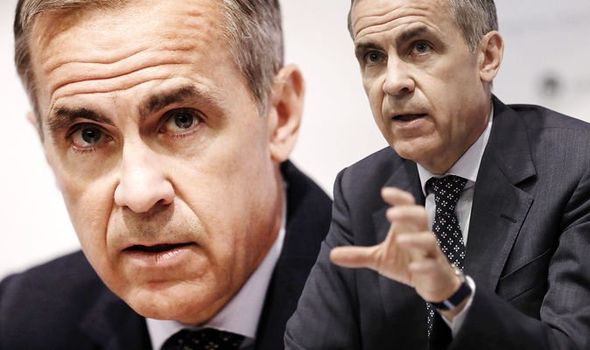 She added in an article for the Daily Telegraph: “Can you imagine the outcry if five of the Conservative Party’s donors got together and decided they didn’t like the party’s Brexit position so they’d just write a new one and hand it to the Prime Minister for delivery? It would be deafening, and rightly so.”

Mrs Davidson added Labour MPs themselves should be “livid” over this latest decision taken by Mr Corbyn.

She said: “If I was a Labour MP who had spent three years speaking up in parliament, who’d engaged in floor debate and fringe meetings at conference, who’d contributed to the party’s manifesto process and begged the front-bench leadership to change course, I would be livid that I and every one of my colleagues had been ignored – but Len McCluskey waves his chequebook and Jeremy Corbyn jumps.”

Labour leader Jeremy Corbyn announced earlier this week the party would back Remain at a second referendum, rejecting both a “Tory deal” and a no deal exit.

8.30am update: Boris Johnson could end the momentum of the Brexit Party, poll shows

If Boris Johnson delivered Brexit by October 31 the Brexit Party vote would collapse and many Tories would switch back to the Conservative Party, a poll of Tory party members shows.

The survey, carried out by Orb International for the Telegraph on 511 Tory members, suggests the success of the Tories at the next general elections heavily depends on the Brexit.

If the UK left on or by the deadline, Conservative members would flock back, with 92 percent backing the Tories, the poll found.

On the other hand, if Mr Johnson or Jeremy Hunt failed to deliver Brexit by the October 31 deadline, only 56 percent of Tory members would vote for the Tories.

Some 35 percent would switch their support and instead back the Brexit Party. 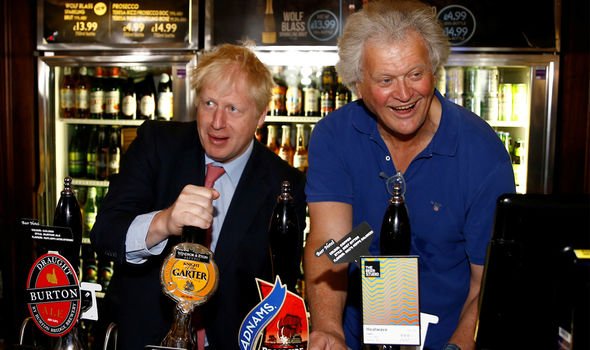 Ursula von der Leyen, nominated to lead the European Commission, signalled she won’t be reopening Brexit talks with the next Prime Minister of the UK.

Speaking to a British Liberal Democrat MEP in the EU Parliament, she said: “I think it’s a good deal, but it is your responsibility and your noble task to sort this out.”

She continued: “Brexit is not the end of something, Brexit is the beginning of future relations and it’s of absolute importance that we have good cooperation.”

And she told an Irish MEP: “I think the backstop is of utmost importance and we absolutely know how crucial this nonexistent border is for you.

“Having the backstop in the Brexit deal is precious, important and has to be defended.”