Yesterday Boris Johnson announced he intends to suspend Parliament for almost five weeks ahead of the October 31 deadline. But Remainers are plotting to block the Prime Minister’s plans by filing urgent legal challenges across the UK. The first was filed in Edinburgh, just hours after the move was announced and Remainers hope the case will reach the Supreme Court.

Other staunch Remainers have opted to launch their own challenges to Mr Johnson’s Brexit plot, with Gina Miller filling a separate challenge in London on Wednesday.

The 54-year-old businesswoman hopes the courts will hear her case before Parliament is suspended on September 12. She said the move was “cynical and cowardly”, and argued that it isn’t right to stop lawmakers sitting when that would “frustrate Parliament and fetter it from exercising its sovereign right” to enact laws.

The Scottish challenge could be heard today in the Court of Session, Scotland’s highest court, as MPs filed an emergency application. 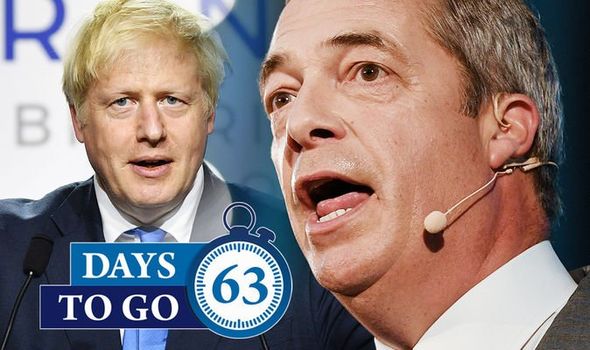 However one legal expert denied Mr Johnson’s plan was illegal.

Former Supreme Court justice Lord Sumption told the Times and Newsnight: “I don’t think what the prime minister has said he is going to do is unlawful.”

Jeremy Corbyn’s party will seek an emergency debate on Brexit next week, according to Labour’s spokesman Barry Gardiner.

He said the debate will outline plans which could give them an opening to pass legislation to block a no deal Brexit.

Mr Gardiner told Sky News: “On Monday, we will introduce what is known as a Standing Order Section 24 Motion and that would be to try and have an emergency debate.”

Jacob Rees-Mogg has said that the move to prorogue Parliament is not intended to limit the time available for MPs to debate Brexit and will allow the Government to tackle other issues.

He said: “Parliament wasn’t going to be sitting for most of this time anyway.

“This is completely constitutional and proper.

“There is going to be a lot of time to debate before October 31.”