Mr Johnson announced he would resign last week prompting Tory colleagues to put their names in the hat for the next leadership run.

The outgoing Prime Minister’s decision was celebrated in the EU, leaving Europhiles across the bloc hopeful the next British leader would improve relations between the UK and the continent.

Writing in the Daily Telegraph, French journalist Anne-Elisabeth Moutet claims the French political elite in Paris is “deluding” itself into thinking Brexit will fall apart as soon as Mr Johnson is officially out of Number 10.

But, as she points out, none of the so-far 11 Tory candidates would even dare backing down from Mr Johnson’s Brexit demands.

She wrote: “Sheer glee. The final ousting of Boris Johnson by practically his entire Cabinet was welcomed in Paris as few other political demises ever were, at home or abroad. Even Nicolas Sarkozy’s 2012 defeat against François Hollande wasn’t cause for so much venomous Schadenfreude.”

She added: “Quai d’Orsay diplomats and Elysée aides, who’d been using Boris as an all-purpose piñata for everything that didn’t go their way in or outside Europe, were practically dancing in the streets. It may even have dragged a depressed Emmanuel Macron from the deep funk he’s been in since he lost his Parliamentary majority.”

Pointing out major media outlets in France have branded Boris Johnson “arrogant”, “spoilt”, “unkempt”, “xenophobic” and “populist”, she continued: “Try and explain that no Tory leadership candidate would ever consider bringing back submission to ECJ rulings, or enforce the Northern Ireland Protocol to the letter, because it would spell their immediate defeat, and you’re met with stares of incomprehension. Remind Paris’s elegant liberals that Starmer (encore lui) has vowed not to even try to reverse Brexit, and it simply doesn’t compute.”

Defending a “Tory-led Britain” she argued: “Suggest that a Tory-led Britain is instead a lot more likely to lower taxes, slash regulation, and pursue international trade deals in all its hard-won Brexit freedom, and commiserating smiles blossom, because this is ‘not the French way’ and therefore will fail. ‘Your own Bank of England already forecasts 11 percent inflation this year!’ they object.

“Taking your pain when it hits to be nimbler faster afterwards is not something French society, high on benefits and state subsidies, ever wants to conceive.” 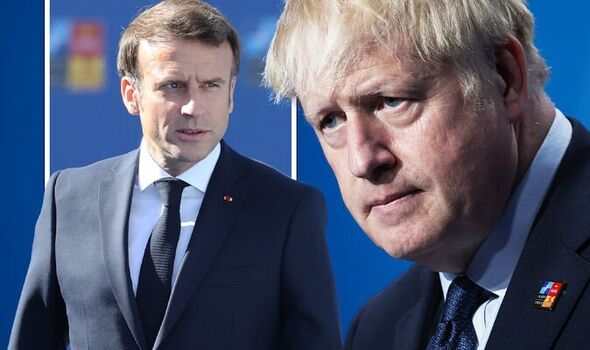 Tory leadership candidate Tom Tugendhat has said Britain should “take advantage” of Brexit and tear up EU regulations to do new trade deals.

The former Remainer told BBC Radio 4’s Today programme: “There are any number of different policies and regulations that are, at the moment, or at least up until recently, fixed in Brussels that can now be fixed in Westminster, that can now be changed, and we need to take advantage of that.

“Frankly, we just haven’t yet done it.

“Boris has quite rightly got Brexit done. What we now need to do is deliver the benefits.”

He listed changing policies in the Treasury, liberating regulatory controls, changing the way investment is done around the country and opening up the economy and trade agreements.

The chairman of the Foreign Affairs Committee said workers’ rights would be protected, with “much more open” markets without “unfair trade practices”.

He also said steel tariffs should be axed on steel not made in the UK.