The EU’s chief negotiator Michel Barnier and British negotiator David Frost began the latest bout of Brexit trade-deal discussions last night over dinner. The two senior figures dined on chargrilled asparagus, followed by a fillet of halibut and then a terrine of summer fruits at Number 10 last night. This was the first face-to-face meeting in months following the outbreak of coronavirus and subsequent lockdown measures.

Due to coronavirus, Brexit talks had been taking place via video link, however, restrictions have eased enough to allow face-to-face discussions once more.

Downing Street confirmed both Mr Barnier and Mr Frost would adhere to strict social distancing rules at all times.

The two negotiators will be joined by their teams for further talks today.

But where are we with Brexit negotiations? And how has coronavirus impacted the timetable? 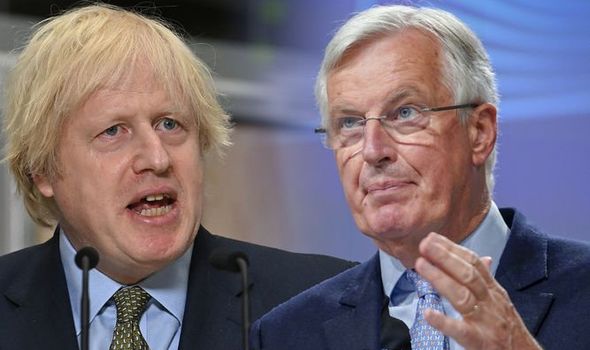 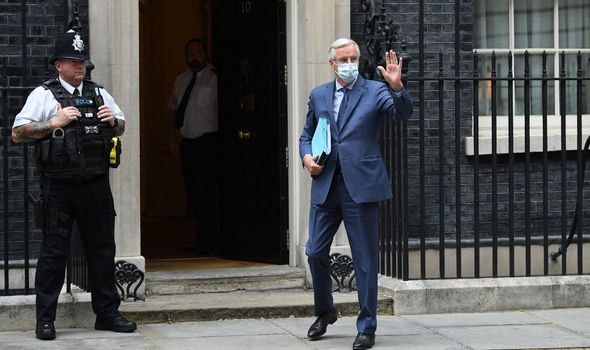 Brexit talks are ongoing, and Prime Minister Boris Johnson has insisted he wants to secure a free trade agreement deal by the end of the summer at the very latest.

Mr Barnier revealed he had offered No 10 a “flextension” or a “precautionary extension” of the transition period but this was rejected by Mr Johnson.

Foreign minister Simon Coveney has cautioned the negotiations are “in a difficult place” but predicted both sides will manage a last-minute agreement. 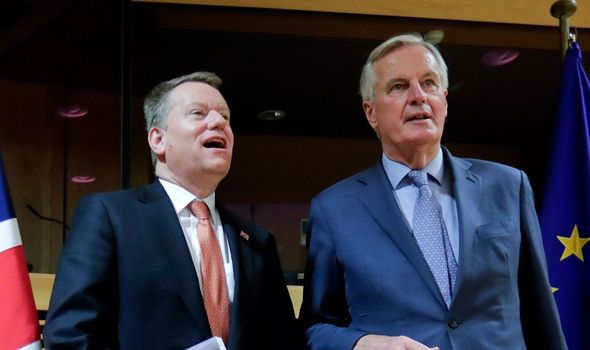 Key sticking points in the path to a deal include the “level playing field” – conditions Brussels insists upon to ensure fair competition by keeping the UK closely tied to EU standards on workers’ rights.

Other key points are the environment and state subsidies, and fishing rights.

Mr Barnier said the EU is “doing everything to succeed” in reaching an agreement “but not at any price”.

The EU’s negotiator shared an image on Twitter showing himself and aides wearing face masks on the train to London on Tuesday.

Posting on Twitter Mr Barnier said: “We are engaging constructively and I look forward to equivalent engagement from the UK this week.”

The Prime Minister’s official spokesman said while last night’s talks were “informal”, discussions were likely to “cover everything from what the EU calls the level playing field through to governance structures”.

Also on Tuesday, Mr Johnson spoke to German chancellor Angela Merkel and told her the UK “would be ready” to leave the transition period at the end of the year without a trade deal with the EU if one cannot be brokered.

A Downing Street spokesman said: “The Prime Minister underlined the UK’s commitment to working hard to find an early agreement out of the intensified talks process.

“He also noted that the UK equally would be ready to leave the transition period on Australia terms if an agreement could not, in the end, be reached.” 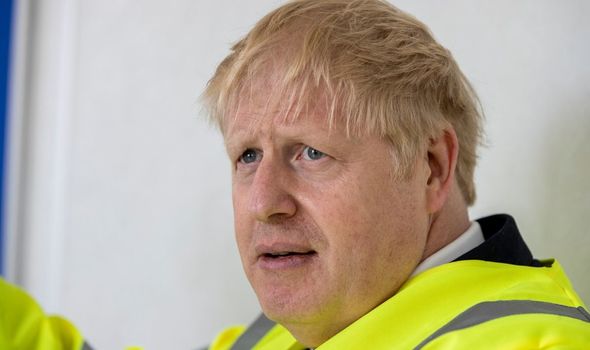 Leaving on Australia terms would mean the UK exiting the bloc without a trade deal.

Mr Johnson has been clear he will not let Brexit discussions continue into autumn, stating British businesses and citizens need certainty.

If the two sides are unable to reach a deal by the end of the current Brexit transition period at the end of the year, it will mean Britain leaving the single market and the customs union without any agreement on future access.

Speaking in April, Brexit negotiator, David Frost, reiterated the deadline was December 31 and added: “We will not ask to extend it. If the EU asks we will say no.”

Mr Barnier told No 10 this week’s Brexit talks will be “decisive” as he arrived in London for the first round of face-to-face talks.

The EU’s chief negotiator hit out at No 10’s “unacceptable approach” but also said he’s ready to be “creative” about compromises.

In evidence to the Lords published yesterday, he said: “If there is to be further progress on the substance it has to come from the UK.

“The coming weeks will be decisive in setting the direction of this agreement.

“We are working for a deal, but we do not need to speed things up. We are ready for the hypothesis of no deal.”