Mr Bercow spent a hefty £1,000 on a round trip taxi fare from Westminster to Nottingham. Then, last January the former Speaker of the House used his official expenses to fund a £563.48 lunch for his presiding officer counterparts from Scotland, Wales and Northern Ireland. A dinner for the group’s regular meeting – known as the “Quadrilateral” cost £1,406.

Also in January, Mr Bercow used his official account to settle a £234 drinks bill at a reception for the Panel of Chairmen – MPs who help him out with overseeing Parliamentary debates.

The spending of the former MP has sparked backlash on Facebook, with Express.co.uk readers venting their anger at what they believed to be an unnecessary list of expenses.

One Facebook follower of the Daily Express Facebook page said: “He took full advantage before stepping down at our expense.”

Another added: “He knew the gravy train was going to dry up, so dipped his bread in.” 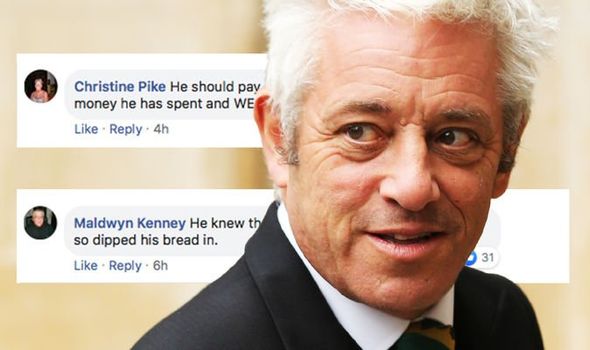 The outrage online has been incessant with another irate Facebook follower suggesting that “he should pay every penny back, it is taxpayers money he has spent and we want it back”.

A Commons spokesman said: “In line with long-established practice, the Speaker’s Office funds the drinks and the pre-dinner reception for the Panel of Chairs dinner.”

He also attended a retirement party for the Commons ‘Invitations Secretary’ in February was £2,376, and in March, £3,187 went on an equivalent event for the Clerk of the House, David Natzler.

In May the former Speaker’s official account spent £3,696 on giving the Principal Clerk of the Table Office a send-off. 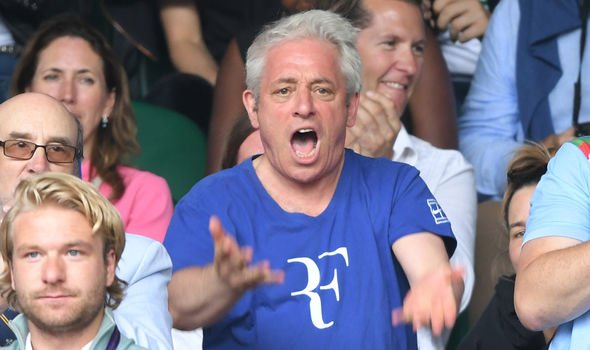 And just days before Mr Bercow himself stood down, there was an invoice of £3,168 for a retirement party for his close ally, Speaker’s Chaplain Rose Hudson-Wilkin, although she has been appointed Bishop of Dover rather than retiring.

A Commons spokesman said: “The Speaker’s Office has funded retirement receptions for senior staff many times in the past.”

The news of Mr Bercow’s expense claims comes as he has become the first Speaker of the House of Commons in 230 years not to get a peerage upon retirement.

Even former Speaker Michael Martin who was ousted ten years ago over his handling of the expenses scandal became Lord Martin of Springburn. 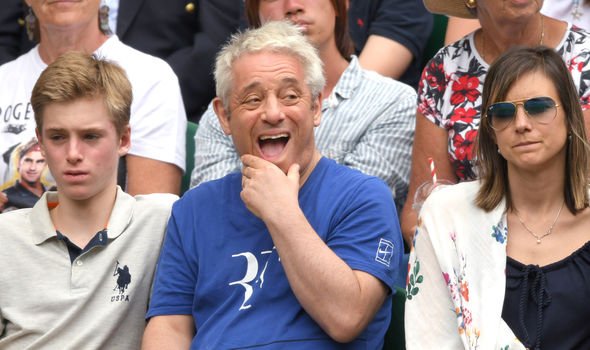 According to a report by the Mail Online, the move is seen as “revenge” from Prime Minister Boris Johnson over Mr Bercow’s handling of Brexit.

Allies of the Prime Minister said Mr Johnson wanted to rip up the convention that Commons Speakers are automatically elevated to the Upper Chamber when they resign, in the same way Mr Bercow had repeatedly ignored parliamentary precedent when dealing with Brexit.

During his time in the chair, Mr Bercow was often accused of not respecting constitutional conventions and showing a bias in his parliamentary decisions.

According to Brexiteers, he had tried to thwart a no deal exit from the EU and unfairly helped pro-Brussels MPs in his decisions. 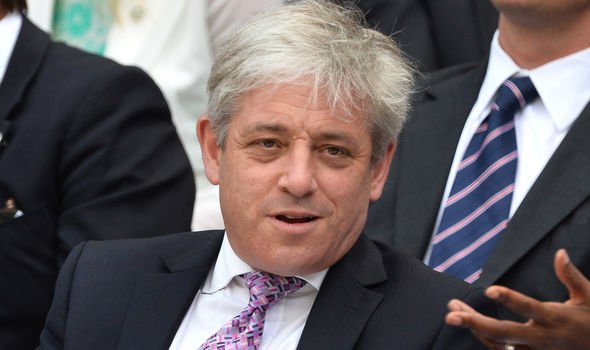 He told students at Reading University in 2017 he voted Remain in the 2016 referendum because he “thought it was better than not”.

Moreover, in 2018, a bright-yellow “B******s to Brexit” sticker was spotted on the windshield of a black Range Rover in his parking spot outside the House of Commons.

Mr Bercow later claimed the car and the sticker belonged to his wife.

Since standing down, Mr Bercow has lined up a series of lucrative public engagements. 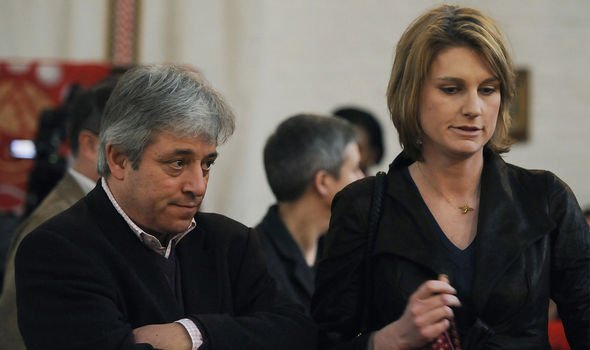 His election night punditry on Sky News reportedly earned him £60,000 and a few days later, he appeared on Italian TV on the late-night chat show ‘Che Tempo Che Fa’.

On Christmas day, he delivered an alternative address to the Queen’s Christmas speech, in which he called for more “personal courtesy” in politics and society.

The Channel 4 fixture was first broadcast in 1993 as a rival to the Queen’s own traditional festive address.

And according to a recent report by Mail Online, Mr Bercow has also signed to an after-dinner speech agency, JLA, that could earn him £25,000 for just one night of work.