Viktor Orban hits out at EU over coronavirus vaccine roll out

The leader of the Italian League said on Wednesday he has been in touch with Hungarian and Polish government officials to discuss creating a new European group in the European Parliament. Mr Salvini said: “I am in contact with the Poles and the Hungarians.

“We are working to create a new European group: I am in contact with the Poles and the Hungarians.

“Joining the EPP (European People’s Party) is not on the agenda.”

League currently sits in the Identity and Democracy (ID) group in the European Parliament but the former Italian interior minister said he wants to get serious in Brussels now that his party is in government with Mario Draghi.

The move comes after Hungarian Prime Minister Viktor Orban announced his party, Fidesz, would leave the biggest parliamentary group in the bloc, the EPP. 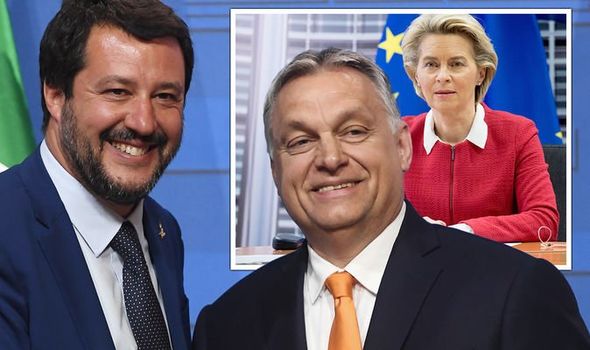 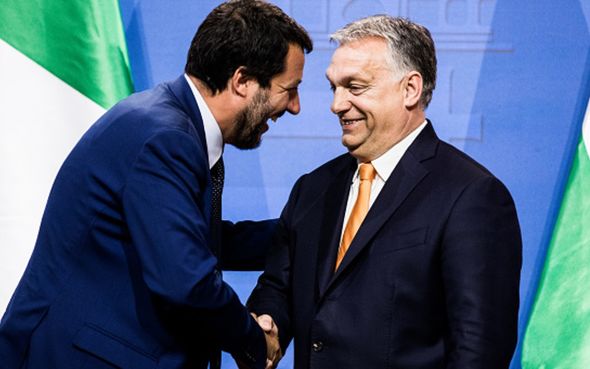 But Mr Salvini’s announcement hints at an even more ambitious plan to create something new altogether.

The announcement was welcomed by French MEP Jerome Riviere.

He said: “Matteo Salvini’s statement does not surprise us at all, it corresponds to the objective that Marine Le Pen had at the beginning of the legislature, namely to create a large group that would bring together all those who have an alternative vision of the EU, therefore the more populists together with Eurocritics and conservatives.”

According to Mr Riviere, “the Poles of Pis, Fidesz, League, Afd and the National Rally itself” could therefore converge within this group.

Finally, the French MEP added that “personal relations between Matteo Salvini and Marine le Pen are strong” and that today’s announcement by the leader of Lega “did not surprise us.” 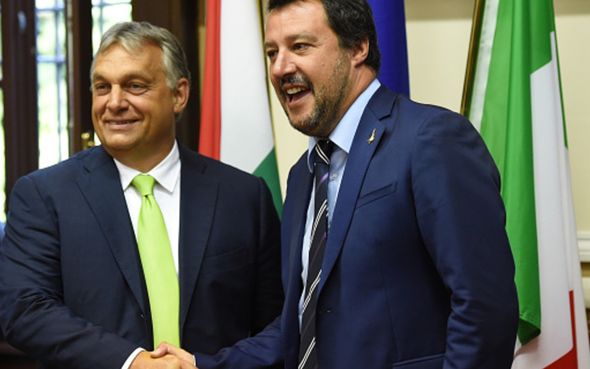 Mr Orban left the EPP last week after the faction moved towards suspending it in a tug-of-war.

In a letter to group chief Manfred Weber, the Hungarian Prime Minister said he was “disappointed” by the “undemocratic, unjust and unacceptable” decision of the EPP to vote for a rule change that could ultimately see his party expelled.

Calling the changes “a hostile move against Fidesz”, Mr Orban reacted before the EPP faction denied its 12 Fidesz members the right to speak on behalf of the group or represent it in other work of the chamber.

In his letter, he wrote that limiting the ability of Fidesz members of the European Parliament to carry out their duties “deprives Hungarian voters of their democratic rights”. 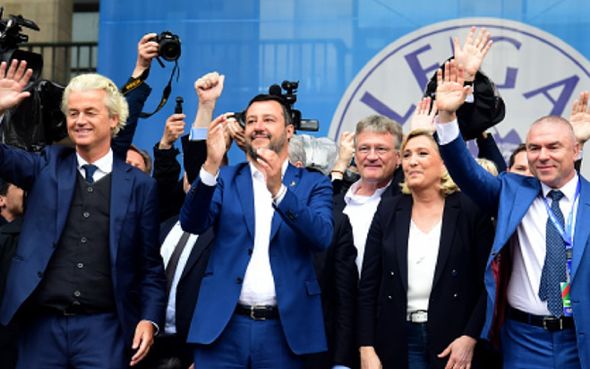 Without the 12 Fidesz members, it will have 175 EU lawmakers and remain the largest in the 705-strong chamber.

Fidesz has been suspended from the EPP pan-European party since 2019, though its MEPs have so far remained in the conservative faction in the European Parliament.

Mujtaba Rahman of the Eurasia Group think tank said the development was “a big strategic loss for Orban in Europe, who will now lose both the influence and protection that the EPP afforded him”.

But he warned: “His departure from the EPP will lead to him adopting more extreme positions towards Brussels and escalating tensions between the two.”