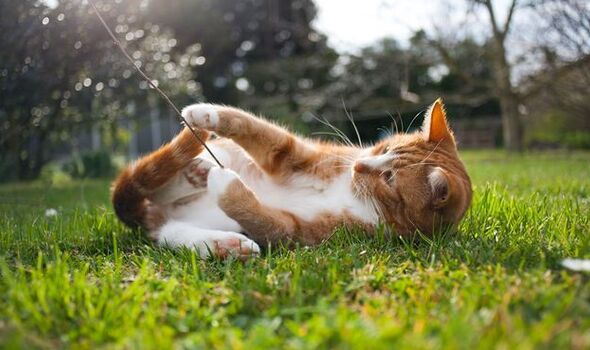 Mini, a rescue cat given a new home by a family in Cornwall, was killed when she was attacked by trail hounds passing through the residential area where she lived. Monday’s debate will be led by Labour MP Marsha De Cordova, who said: “With regards to the petition on ‘Mini’s Law’, it is vital that there are protections in place to avoid any further incidents like this taking place again.”

But supporters of hunting accuse opponents of promoting “falsehoods and misinformation”, and ignoring the contribution hunting makes to the countryside.

Polly Portwin, director of the Campaign for Hunting at the Countryside Alliance said: “Incidents involving registered hunts are incredibly rare and pale into insignificance alongside the thousands of cats attacked by domestic dogs every year and the hundreds of thousands killed by cars.”

She added: “Hunts must operate to high standards and fulfil all the conditions of any access agreements with landowners. Where that is the case there is no justification for restricting legal activity on public land.”

Fox hunting is banned under the Hunting Act 2004, which came into force in February 2005. But many hunts switched to trail-hunting, which involves laying down a scent which a pack of hounds then follows.

This has proved controversial, with anti-hunting campaigners claiming that hounds continue to kill foxes.

As well as debating the Mini’s Law petition, signed by 101,997 people, MPs will consider a petition signed by 104,705 which calls on Forestry England, which manages publicly-owned forests, to stop granting licences for trail hunts.

The petition states: “Licensed fox hunts have recently been in the press for alleged trespass, killing foxes, losing control of their dogs and for another criminal conviction.” It continues: “It is only a matter of time before more convictions and more bans will have to be implemented.

“The answer is simple and effective – stop granting licences to hunts that are continuing to use the myth of ‘trail hunting’ to chase and kill wildlife.”

Ms Portwin said: “There are no fox or hare hunts licensed by Forestry England. The only hunting it does licence is trail hunting, which is a simulation that does not involve the pursuit of any animal.”

The Government says trail hunting is a legal activity and it has no plans to change the 2004 Hunting Act.