Britain’s biggest lenders pressed the Chancellor yesterday to help shield mortgage holders and their most vulnerable customers. The scheme, which protects providers against losses when lending to first-time buyers, expires at the end of the year.

Mr Kwarteng, who met bank and building society bosses yesterday, did not commit himself to extending the protection. But he said the Government was committed to the financial sector.

The Treasury said the Chancellor set out the Government’s commitment to ensuring “finance can drive growth in the UK as it has done in the past”.

A spokesman said Mr Kwarteng told lenders growth in the sector was “not just about the City – it’s about jobs up and down the country”.

He also “made clear that he remains committed to fiscal responsibility”.

The crunch meeting comes as banks have pulled out of mortgage deals and increased existing lending rates.

Mortgage pricing is based on swap rates, which have risen at unprecedented levels over the current economic conditions and predicted increases in the Bank of

England base rate. The figure is currently 2.25 per cent.

Mr Kwarteng will address restless Tory backbenchers next week, as he and Prime Minister Liz Truss try to regain the party’s trust after last month’s mini-Budget.

The Chancellor is also poised to outline his fiscal plans – dubbed the “Big Bang 2.0” – to Parliament next month. 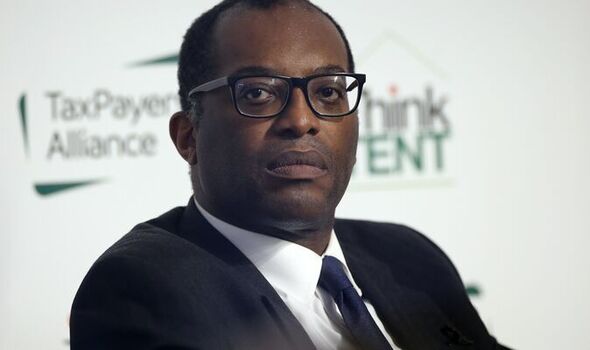 The mortgage guarantee scheme is designed to help creditworthy households struggling to save for higher deposits get on the housing ladder. It compensates lenders for a portion of any losses on defaults.

Several high-street banks have been part of the scheme, which is due to end in December. Nationwide, the UK’s biggest building society never signed up to the measure but launched its own support for first-time buyers with smaller deposits.

Bank chiefs also spoke to the Chancellor about how mortgage holders can be better protected at a time when interest rates are on the rise.

And they discussed the Financial Conduct Authority’s Consumer Duty rules.

Its measures require firms to end rip-off charges and give customers easier-to-understand information and support.

The watchdog, which announced the plans in July, has given financial services companies 12 months to put in place the new rules designed to better protect more vulnerable customers.

Banks, however, have been battling against market volatility and swap rates increasing at unprecedented levels in response to the financial crisis.

Yesterday, the rate on a typical five-year fixed mortgage surged past six per cent for the first time in 12 years.

That news came a day after the two-year fixed-rate mortgage also breached six per cent for the first time in 14 years.

Since the Government unveiled the mini-Budget that prompted turmoil in the financial markets, lending giants such as HSBC, Santander and Virgin Money have withdrawn products for new borrowers.

The Chancellor’s mini-Budget brought pension funds managing vast sums on behalf of retired people close to collapse. The Bank of England was forced to step in last week with emergency measures.

Yesterday it issued an explanation of why it made its drastic intervention to calm fears among financial markets.

The nation’s central bank said a “large number” of pension funds with more than £1trillion invested were in danger of folding under the severe strain.

It said a dramatic rise in interest rates on long-dated UK Government bonds in the days immediately after the mini-Budget had triggered a “self-reinforcing” spiral in debt markets. That, it said, put the stability of Britain’s financial system at risk.

The Bank said had it not intervened with a promise to buy up to £65billion of Government debt, funds managing money on behalf of pensioners “would have been left with negative net asset value” and cash demands they could never have met.

It said: “As a result, it was likely that these funds would have to begin the process of winding up the following morning.”

The Bank added that the meltdown risked rippling through the UK financial system, which could have then caused “excessive and sudden tightening of financing conditions for the real economy”.