Jeremy Corbyn was today spotted taking his place as King Charles III addressed Parliament for the very fist time. The staunch republican made an appearance at the historic ceremony just days after he skipped the Accession Council on Saturday. He was pictured wearing a black suit and tie as he joined other parliamentarians in the oldest building on the Palace of Westminster estate.

Mr Corbyn was present to hear both Houses of Parliament express their condolences to the new monarch on the death of his mother and to hear his reply.

As a member of the Privy Council, he had also been invited to confirm Charles’s role as monarch at St James’s Palace on Saturday.

Former Conservative and Labour leaders, as well as ex-Prime Ministers, could all be seen at the ceremonial event.

Despite his invitation, Mr Corbyn was a no show. 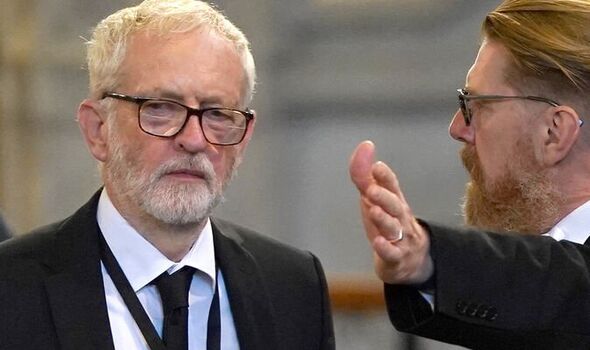 The former Leader of the Opposition is well known for his anti-monarchy views.

When Tony Blair was in power he gave the Prime Minister a petition demanding the Royal Family be evicted from Buckingham Palace.

Ahead of the 2019 general election, when asked if “the monarchy is fit for purpose”, he responded it needed a “bit of improvement”.

He also faced criticism in 2015 after he failed to sing the national anthem at a Battle of Britain memorial service at St Paul’s Cathedral.

Mr Corbyn defended his failure to sing at the time, insisting he “stood in respectful silence”.

The Islington North MP officially joined the privy council shortly after he was elected Labour leader. 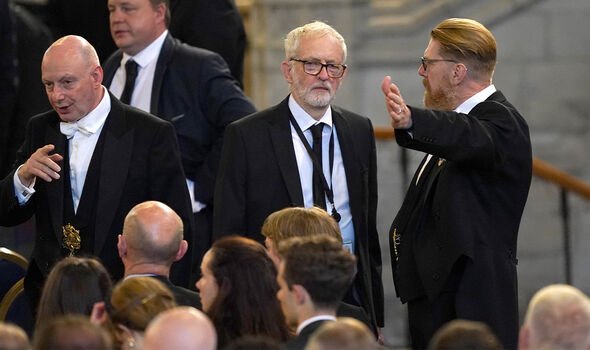 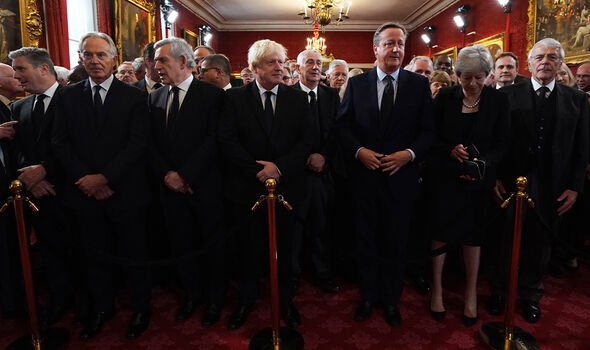 He suggested ahead of his swearing-in ceremony that he would break protocol by refusing to kneel before the monarch.

The court circular from Buckingham Palace later reported that the ceremony had Kaen place “accordingly”.

After the Queen’s death last week, Mr Corbyn said in a statement: “My thoughts are with the Queen’s family as they come to terms with their personal loss, as well as those here and around the world who will mourn her death.

“I enjoyed discussing our families, gardens and jam-making with her. May she rest in peace.” 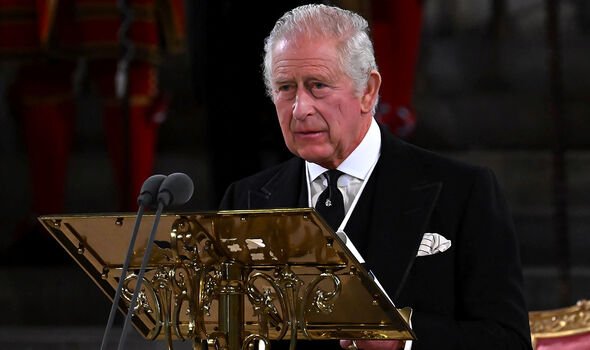 Speaking in Westminster Hall this morning, the King said he felt “the weight of history which surrounds us and which reminds us of the vital Parliamentary traditions”.

He said: “Parliament is the living and breathing instrument of our democracy.

“That your traditions are ancient we see in the construction of this great Hall and the reminders of Mediaeval predecessors of the Office to which I have been called.”