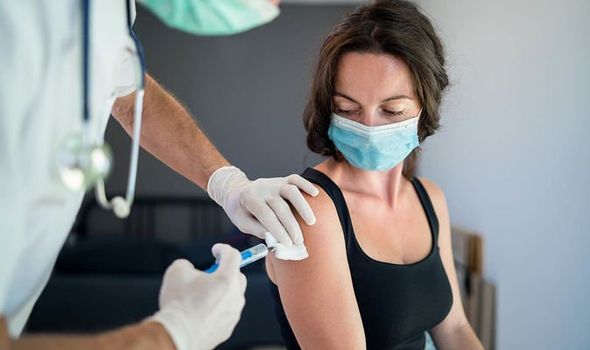 It comes as figures showed that nearly 12 million Britons have now been given the jab. Mr Zahawi has also signalled that preparations are under way for annual booster jabs from this autumn to provide protection against virus variants.

The Tory frontbencher revealed that “we got to almost a thousand jabs a minute, 979 a minute” over the weekend.

He said that the astonishing figure was recorded between 11am and noon on Saturday.

Mr Zahawi said he will address concerns that emerging variants could turn out to be more resistant to the current vaccines than the initial virus.

He said: “We see very much probably an annual or booster in the autumn and then an annual jab, in the way we do with flu vaccinations, where you look at what variant of virus is spreading around the world, rapidly produce a variant of vaccine and then begin to vaccinate and protect the nation.” 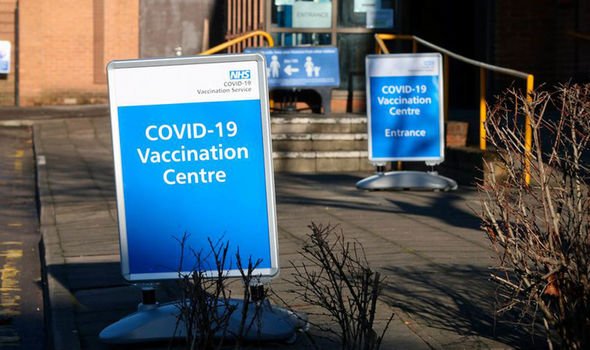 His remarks come after a preliminary study suggested the Oxford University/AstraZeneca vaccine offers only limited protection against mild disease caused by the South African variant.

Professor Gilbert said current vaccines “have a reduction in efficacy against some of the variant viruses”.

She added: “What that is looking like is that we may not be reducing the total number of cases but there’s still protection in that case against deaths, hospitalisations and severe disease.

“That’s really important for healthcare systems, even if we are having mild and asymptomatic infections. To prevent people going into hospital with Covid would have a major effect.”

Andrew Pollard, the chief investigator on the Oxford vaccine trial, said: “Data from our trials indicates that the vaccine not only protects against the original pandemic virus, but also protects against the novel variant, B117, which caused the surge in disease from the end of 2020 across the UK.”

He said: “It’s a very small study with just over 2,000 people and it’s not published so we can only judge it from the press release and press coverage.

“But it is concerning to some extent that we’re seeing that it’s not effective against mild or moderate disease.”

Anthony Harnden, the deputy chairman of the Joint Committee on Vaccination and Immunisation, said: “Evidence suggests the Oxford vaccine protects against disease caused by the predominant Covid variants circulating in the UK.

“It remains highly likely that the vaccine will also protect against severe disease caused by the South African variant.”

The Department of Health yesterday announced that 20 million rapid Covid tests have been secured for care home staff, teachers and other key workers.

There were a further 15,845 lab-confirmed cases of coronavirus in the UK.

The tests give results within 30 minutes and are capable of spotting the variant first identified in Kent.

They are to be deployed in an effort to curb transmission of the virus by people carrying the infection without showing symptoms.

Ministers are concerned that around one in three people infected with Covid shows no symptoms and may unknowingly pass on the virus.

Millions of people under 50 will be vaccinated in their workplaces under the latest Government plan to accelerate the national roll-out.

Tim Spector, a professor at King’s College London, said that small gatherings outside could be possible by March.

He said: “Sometimes a beer garden is more controlled than people’s homes and gardens.”

But he said large weddings without restrictions could be several years off, adding: “I think for the next few years those days are gone.”