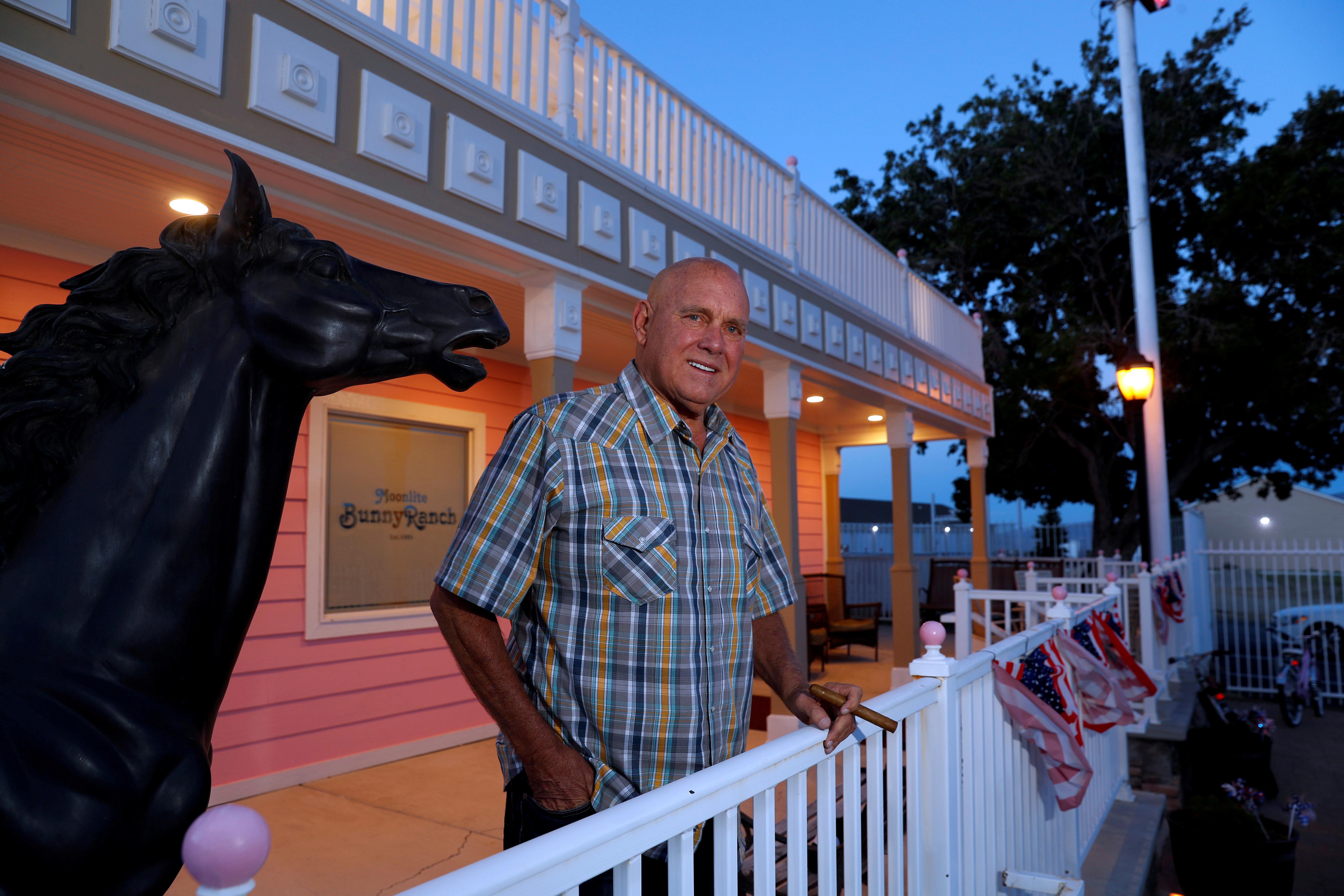 Dennis Hof, 72, defeated Democratic candidate and educator Lesia Romanov in the race for Nevada’s 36th Assembly District, earning about 68 percent of the vote. County officials said they would appoint a replacement candidate from the same party for his seat.

A representative for Romanov did not immediately respond to a request for comment.

Hof, who presented himself as an American pimp, was a strip-club owner who ran multiple brothels. He had nicknamed himself the “Trump from Pahrump,” after the town where he lived in Nevada.

In a June interview with Reuters at Moonlite BunnyRanch, his brothel near his home in Pahrump, Nevada, Hof said his political fortunes had parallels with those of U.S. President Donald Trump. (reut.rs/2IdFeHn)

“This really is the Trump movement,” Hof said. “People will set aside for a moment their moral beliefs, their religious beliefs, to get somebody that is honest in office.”

Chuck Muth, Hof’s campaign manager, was one of many who predicted last month that Hof would win, stating that Republicans had a two-to-one advantage over Democrats in the state Assembly district in terms of voter registration.

“I know Republicans in Nevada got massacred tonight, but my man Dennis Hof crushed his opponent from the great beyond in AD-36 & we crushed the anti-brothel initiative in Lyon County by about 80%,” Muth wrote on Twitter on Wednesday. “So pardon me, but I’m celebrating.”

The Nye County Sheriff’s Office said Hof was found dead last month at one of his properties in Crystal, Nevada. It was not immediately clear what caused his death.

Friends found him dead when they went to wake him for a meeting hours after his 72nd birthday party, his campaign manager, Chuck Muth, said on Twitter. He said Hof appeared to have died in his sleep.

The thrice-divorced author of “The Art of the Pimp,” who appeared on HBO’s “Cathouse,” owned a strip club and five legal brothels in Nevada, the only U.S. state with legalized prostitution.