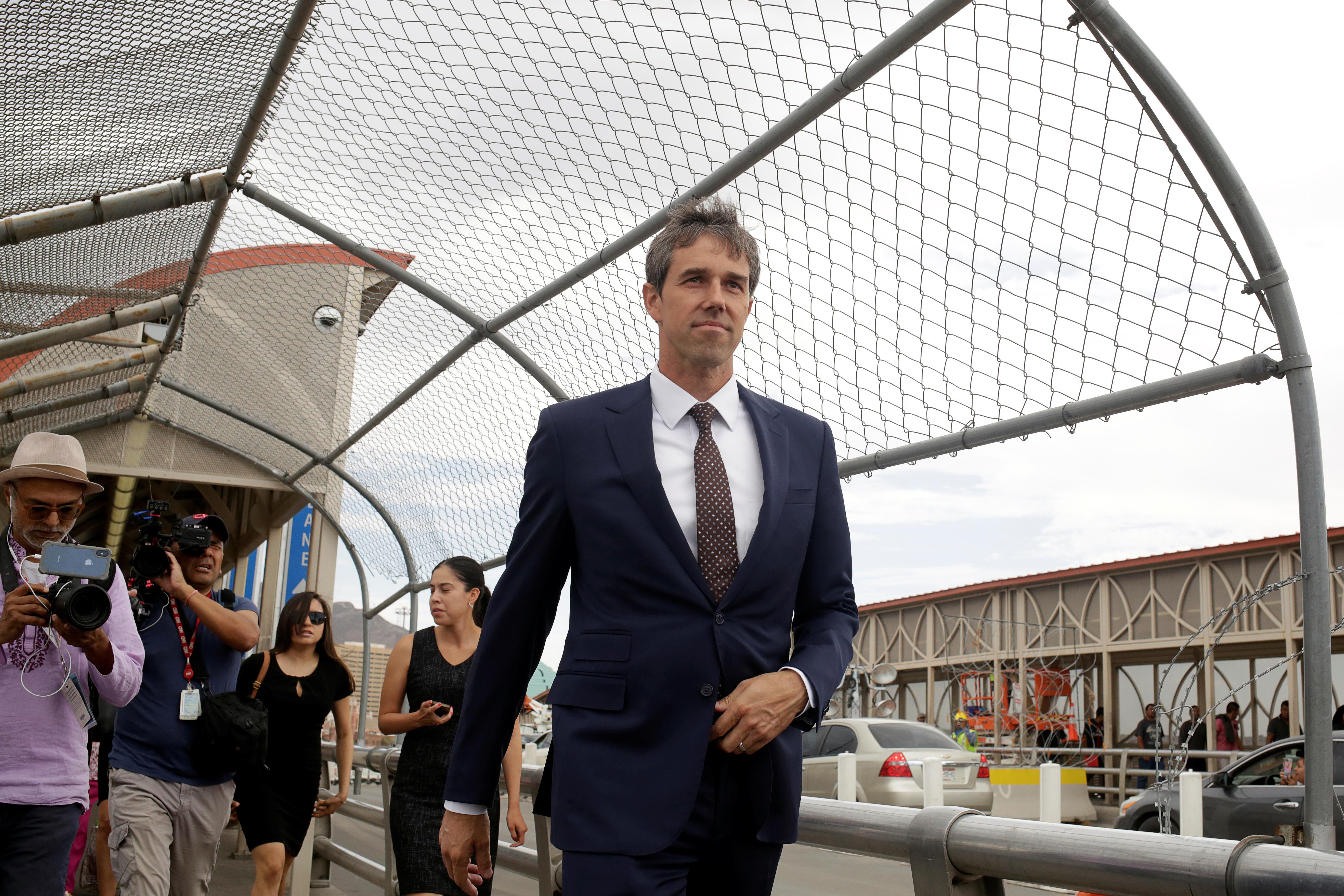 After the death on Saturday of Epstein, a millionaire charged with sex trafficking who once counted Trump and former President Bill Clinton as friends, Trump retweeted a baseless claim from a conservative comedian that Clinton was involved in the death.

“This is another example of our president using this position of public trust to attack his political enemies with unfounded conspiracy theories,” O’Rourke, a former congressman from Texas, said on CNN’s State of the Union.

O’Rourke said Trump was trying to shift the public’s focus away from last weekend’s two deadly mass shootings in El Paso, Texas, and Dayton, Ohio, which have led to new calls for gun restrictions and criticism of Trump’s divisive anti-immigrant and racially charged rhetoric.

“He’s changing the conversation, and if we allow him to do that then we will never be able to focus on the true problems, of which he is a part,” O’Rourke said from his hometown of El Paso.

“He is giving life to not just conspiracy theories but really whipping people up into anger and worse against different people in this country,” he said on CNN.

The FBI and the Department of Justice’s Inspector General have opened investigations into the death of Epstein, who a source said had been taken off suicide watch. Last month, Epstein was found unconscious on the floor of his jail cell with marks on his neck, and officials were investigating that incident as a possible suicide or assault.

U.S. Attorney General William Barr said he was “appalled” to learn of the apparent suicide in federal custody. “Mr. Epstein’s death raises serious questions that must be answered,” Barr said in a statement on Saturday.

Alexandria Ocasio-Cortez, a Democratic congresswoman from New York City and a leading progressive voice, tweeted: “We need answers. Lots of them.”

“Jeffrey Epstein has done some very bad things over a number of years, so let’s continue to investigate that,” she said on Fox News Sunday. “I don’t think that somebody’s crimes and the accountability for that necessarily perish with them.”

More than a decade ago, Epstein pleaded guilty in Florida to state charges of solicitation of prostitution from a minor in a deal with prosecutors that has been widely criticized as too lenient.

Then in July, Epstein was indicted, federal prosecutors in New York accusing him of knowingly recruiting underage women to engage in sex acts with him, sometimes over a period of years while paying the women for each encounter. He pleaded not guilty.

O’Rourke and Booker are among two dozen candidates seeking the Democratic nomination to challenge Republican Trump for the White House in 2020. Nearly all of those Democrats have condemned Trump’s incendiary rhetoric for inflaming racial tensions and anger.

“We’ve seen people’s lives being threatened because this president whips up hatred. This is a very dangerous president that we have now,” Booker said.

Trump had retweeted on Saturday a message from conservative comedian and commentator Terrence K. Williams, who said in part that Epstein “had information on Bill Clinton & now he’s dead.”

Clinton spokesman Angel Urena blasted Trump for making the suggestion. “Ridiculous, and of course not true – and Donald Trump knows it. Has he triggered the 25th Amendment yet?” he said, referring to the procedures for replacing the president in event of removal or incapacitation.

Trump has a history of promoting conspiracy theories about political rivals. Even before he was a presidential candidate, Trump repeatedly questioned whether former President Barack Obama was born in the United States, even after Obama produced a birth certificate proving that he was.

During the Republican presidential nomination race in 2016, Trump spread an unfounded conspiracy theory linking the father of rival U.S. Senator Ted Cruz to the assassination of former President John Kennedy, a claim Cruz denounced as a lie.