WASHINGTON (Reuters) – Donald Trump faced greater restraints on his presidency and intrusive investigations from Democrats who won control of the U.S. House of Representatives and pledged to hold the Republican accountable after a tumultuous two years in the White House.

Trump and his fellow Republicans expanded their control of the U.S. Senate in Tuesday’s midterm elections, following a divisive campaign marked by fierce clashes over race and immigration.

But they lost their majority in the House, a setback for the president after a campaign that became a referendum on his combative leadership.

The split power in Congress combined with Trump’s expansive view of executive power could herald even deeper political polarization and legislative gridlock in Washington.

The Democrats will now head House committees that can investigate the president’s tax returns, possible business conflicts of interest and any links between his 2016 election campaign and Russia.

There may be some room, however, for Trump and Democrats to work together on issues with bipartisan support such as a package to improve infrastructure or protections against prescription drug price increases.

Trump made an unlikely gesture toward Nancy Pelosi, the leader of the House Democrats who he has frequently ridiculed, saying her party should pick her to be House Speaker in the new Congress that convenes in January.

“In all fairness, Nancy Pelosi deserves to be chosen Speaker of the House by the Democrats. If they give her a hard time, perhaps we will add some Republican votes. She has earned this great honor,” Trump wrote on Twitter.

Earlier on Wednesday, he was less conciliatory, describing the elections results as a “very Big Win” and taking a swipe at the media. Trump was due to hold a news conference at the White House at 11:30 a.m. (1630 GMT).

The House Democrats could force Trump to scale back his legislative ambitions, possibly dooming his promises to fund a border wall with Mexico, pass a second major tax-cut package, or carry out his hardline policies on trade.

“Today is more than about Democrats and Republicans, it’s about restoring the Constitution’s checks and balances to the Trump administration,” Pelosi told supporters at victory party.

Losing the House will test Trump’s ability to compromise, something he has shown little interest in over the last two years with Republicans controlling both chambers of Congress.

U.S. stocks opened higher on Wednesday after the elections,

while the dollar dropped on the reduced chances of further U.S. fiscal stimulus.

A Democrat-controlled House will hamper Trump’s pro-business agenda and could lead to uncertainty about his administration, but corporate tax cuts and deregulation measures that have played a large hand in the U.S. stock market’s rally since the 2016 election are likely to remain untouched.

“With the Democrats taking over the House we will now have to see what gridlock in Congress means for policy. As for the market impact, a split Congress has historically been bullish for equities and we expect to see the same pattern again,” said Torsten Slok, Chief International Economist of Deutsche Bank.

Foreign policy has been an area that Trump has approached in a very personal way, sometimes antagonizing allies such as Canada while making what critics see as unduly warm overtures to traditional rivals or foes. 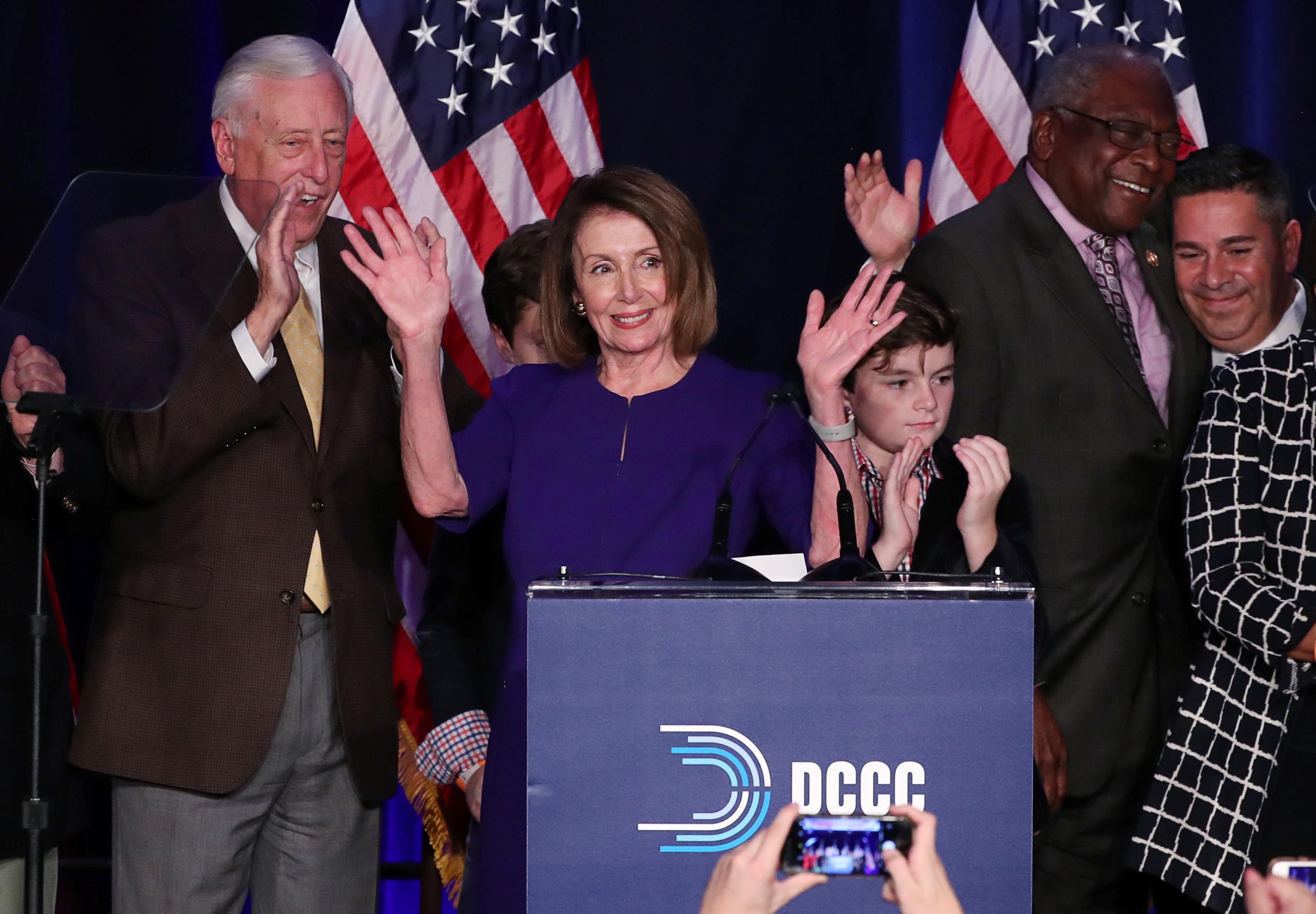 Those gains are sure to bolster Republicans’ efforts to get conservative federal judges through confirmation proceedings. In the 36 gubernatorial contests, Democrats won in several states that supported Trump in 2016 but lost high-profile races in Florida and Ohio.

Democrats could infuriate Trump by launching another congressional investigation into allegations of Russian interference on his behalf in the 2016 election. A federal probe by U.S. Special Counsel Robert Mueller into Russia’s role in that election is ongoing.

A House majority would be enough to impeach Trump if evidence surfaced of collusion by his campaign, or of obstruction by the president of the federal investigation. But Congress could not remove him from office without a conviction by a two-thirds majority in the Republican-controlled Senate, an unlikely scenario.

Most Democratic candidates in tight races stayed away from harsh criticism of Trump during the midterm campaign’s final stretch, focusing instead on bread-and-butter issues like maintaining insurance protections for people with pre-existing medical conditions, and safeguarding the Social Security retirement and Medicare healthcare programs for senior citizens.

The Democratic gains were fueled by women, young and Hispanic voters, a Reuters/Ipsos Election Day poll found. Fifty-five percent of women said they backed a Democrat for the House this year, compared to 49 percent in the 2014 midterm congressional election. 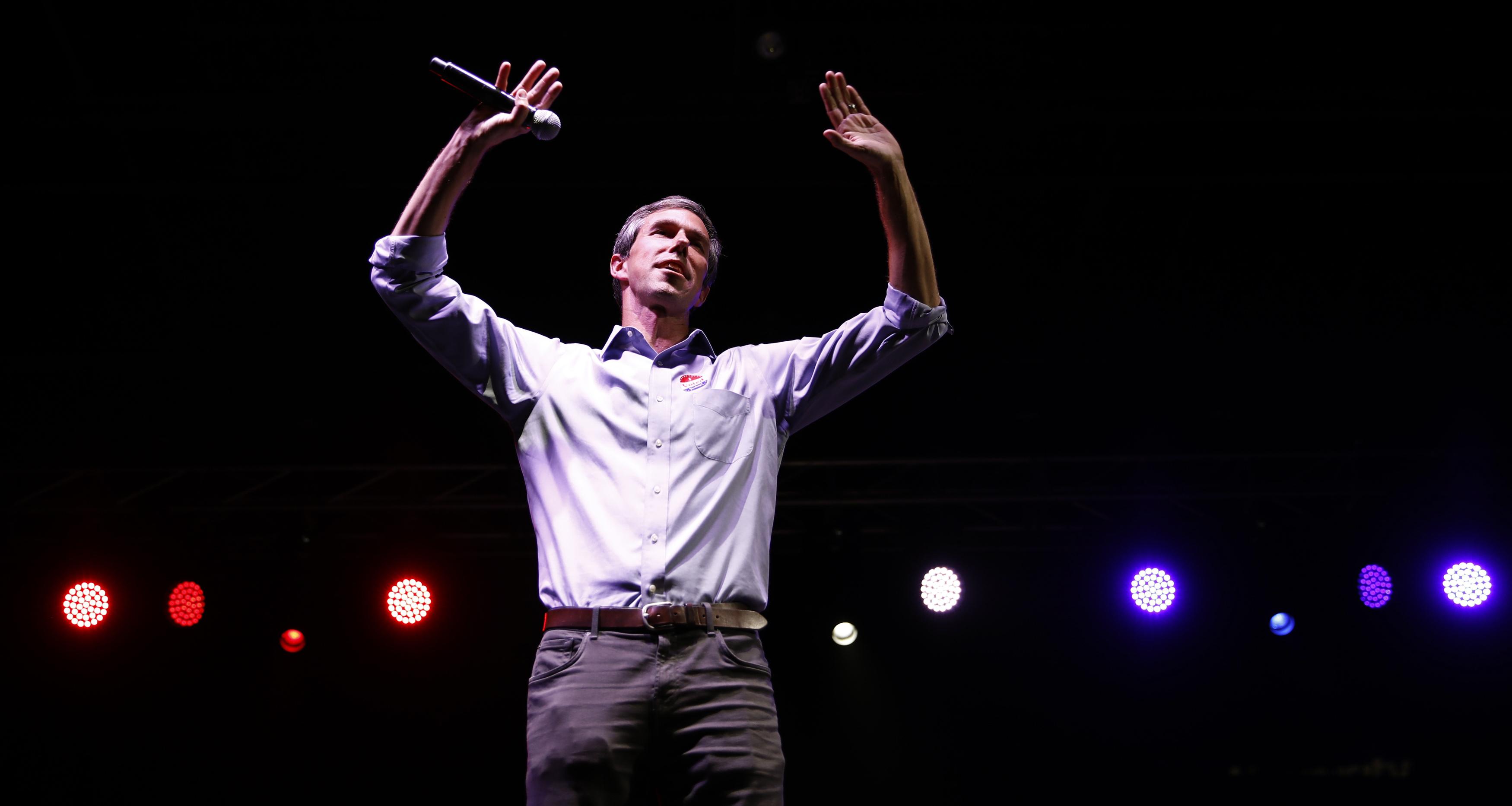 A record number of women ran for office this election, many of them Democrats. There were 237 women on ballots for House seats and at least 95 had won their races as of early Wednesday morning, shattering the previous record of 84 women in the House, according to the Center for American Women and Politics at Rutgers University.

The party picked up seats across the map but some of the campaign’s biggest Democratic stars lost.

In Georgia, Democrat Stacey Abrams was seeking to become the first black woman to be elected governor of a U.S. state. Her opponent, Brian Kemp, was ahead in a very close race early on Wednesday and Abrams said she would not concede until all the votes were counted.