Don Fowler, a former co-chairman of the Democratic National Committee and a mainstay of South Carolina and national politics for decades, died on Tuesday in Columbia, S.C. He was 85.

Trav Robertson, the chairman of South Carolina’s Democratic Party, confirmed the death, at a hospital. Jaime Harrison, the associate chair of the Democratic National Committee, said Mr. Fowler had had leukemia.

Mr. Fowler led the South Carolina party from 1971 to 1980 and was named by the national party to run the 1988 Democratic National Convention in Atlanta, which launched Gov. Michael S. Dukakis of Massachusetts on an unsuccessful general election campaign against his Republican rival, Vice President George Bush.

Mr. Fowler served as national chairman of the Democratic National Committee from 1995 to 1997. He was picked by President Bill Clinton to run the party’s day-to-day operations in a power-sharing arrangement with Senator Christopher Dodd of Connecticut, who was named general chairman.

The two were credited with raising record-breaking sums for the party, deepening its pool of donors, expanding its army of volunteers and leading a successful voter-registration drive focusing on African-Americans, The Washington Post reported.

Mr. Dodd, the more well known of the two, was largely the public face of the party leadership. But Mr. Fowler was thrust into the spotlight himself when he was accused of improperly trying to enlist the help of the C.I.A. in 1995 to aid a major donor to President Clinton’s 1996 re-election campaign.

The donor, an oilman who had developed a relationship with the C.I.A. on previous ventures, was seeking to build a pipeline in Turkey and sought help from the White House.

Testifying to a Senate committee, Mr. Fowler professed that he could not remember speaking to a C.I.A. agent who claimed that he had done precisely that. “I have in the middle of the night, high noon, late in the afternoon, early in the morning, every hour of the day, for months now searched my memory about conversations with the C.I.A.,” Mr. Fowler told the senators. “And I have no memory, no memory of any conversation with the C.I.A.”

He was not charged with any wrongdoing. 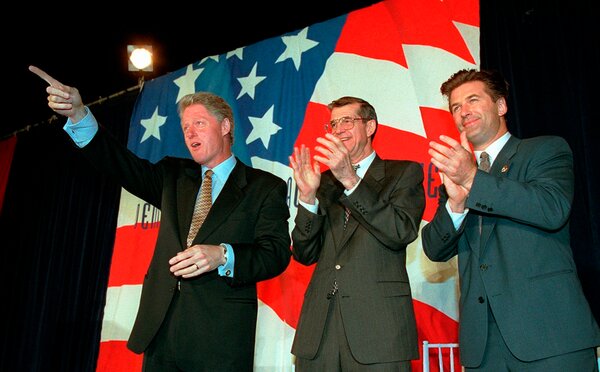 Mr. Fowler also found himself defending a plan to entice potential donors with a variety of perks in exchange for their dollars, including dinners with the Clintons, private meetings with administration officials, participation in “issue retreats” and “honored guest status” at the party’s 1996 convention in Chicago. In an editorial, The New York Times called the plan “seedy.”

In 1996, Mr. Fowler successfully fought off a lawsuit by the fringe candidate Lyndon LaRouche, who was seeking the Democratic nomination for the fifth time. He filed the suit after Mr. Fowler had instructed state parties to disregard votes for him. Mr. Fowler had described Mr. LaRouche’s views as “explicitly racist and anti-Semitic” and had accused him of defrauding donors and voters. Mr. LaRouche was not, he said, “a bona fide Democrat.”

Donald Lionel Fowler was born on Sept. 12, 1935, in Spartanburg, S.C. He earned a degree in psychology from Wofford College in Spartanburg, where he was a star basketball player; he was later inducted into its Hall of Fame. He received a master’s degree and a doctorate in political science from the University of Kentucky.

While holding his political posts and running an advertising and public relations business in Columbia, he taught political science for five decades at the University of South Carolina and also at the Citadel, South Carolina’s military college.

His first wife, Septima (Briggs) Fowler, with whom he had two children, died in 1997. In 2005, Mr. Fowler married Carol Khare. They had worked together at the Democratic National Committee and at his communications firm. Carol Fowler became chair of the state party in 2007.

Complete information on survivors was not immediately available.

This year, the Fowlers’ home in the Five Points area of Columbia, the state capital, became a regular stop for many Democrats seeking their party’s presidential nomination in the run-up to the South Carolina primary in February. Pete Buttigieg, Amy Klobuchar and Bill de Blasio were among those who showed up as dozens of people crowded into the Fowlers’ living room.

Representative Jim Clyburn of South Carolina, the House majority whip and a frequent guest lecturer in Mr. Fowler’s classes, told the South Carolina newspaper The State, “Don was always the connector, the one bringing political friends and, sometimes, enemies together.”