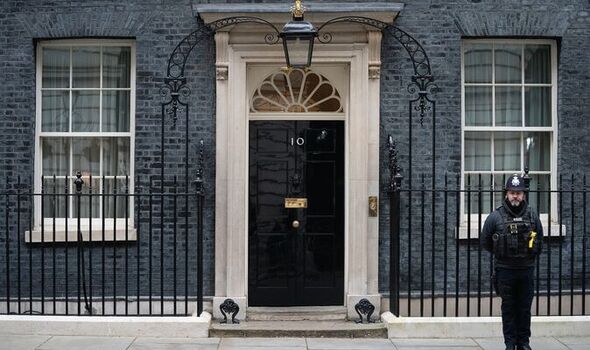 Sources told ITV News that some Downing Street staff have been given fixed penalty notices for the gathering during England’s first nationwide lockdown. But Downing Street said that the PM had not received a fine. Mr Johnson previously admitted being at the party, on May 20, 2020, for around 25 minutes to thank groups of staff but claimed he believed “implicitly” that it was a work event.

The public may not be told officially until after the local elections on May 5, as police have said they would not issue updates during the campaign period.

Senior backbencher Tobias Ellwood became the latest Tory dissenter as he called on Conservative MPs to force a change of leadership.

But that drew a furious accusation of disloyalty from Northern Ireland minister Conor Burns, who said there is “no question” of the Prime Minister stepping down.

He added Mr Johnson is entitled to support after leading the Tories to a sweeping general election victory in 2019 – the biggest victory since Margaret Thatcher 32 years before.

He said: “What the Prime Minister is saying is ‘I led you to that victory, I have business I want to do’.”

He told Sky: “The absence of discipline, of focus and leadership in Number 10 during that lockdown period has led to a huge breach of trust with the British people.

“So it’s beholden upon all Conservative MPs then to take matters into their own hands, and I think this is where things will go, particularly as we have more bad news to follow.”