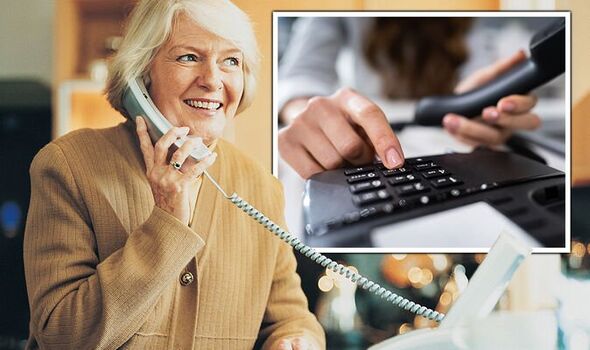 They warned that moves by communication giants to switch off the old copper network in favour of a digital system could cost lives. The telecoms industry – backed by the government – wants the switch over to take place at the end of 2025. It is similar to the demise of analogue TV a decade ago.

BT, Virgin and other comms firms say the existing system – which originated in the Victorian era – is nearing the end of its life.

They want to replace old phone lines with internet cables – forcing all calls to be made using ‘voice over internet protocol’ (VoIP) rather than analogue signals.

The new “Digital Voice” system will be cheaper and easier to maintain and will enable better broad performance for customers, they say.

But Silver Voices, a campaign group for the over-60s, claims there are serious flaws in the technology which have yet to be resolved.

One major concern is that ‘999’ emergency services cannot be contacted using the digital voice system if there is a power cut – as the phones only work with an electricity supply.

An estimated 1.5million homes not on the internet are also left exposed as the phones must also be plugged into broadband sockets to work.

Earlier this month BT texted customers about the digital voice programme stating: “We want to make sure you’re ready to move across.”

Customers were told to reply ‘READY’ to confirm the switch – or check out the “We’re upgrading you to digital voice” website. No dates were provided for the move.

BT offers a free handset to households before the change that fits in with the new system as many old phones will become redundant. BT says bills will not rise as a result.

Dennis Reed, Director of Silver Voices, said the group is launching a “save our landlines” campaign because so many older people depend on them.

“The Telecom giants think they are going to implement this project by stealth but we are not having it,” he said.

“So called digital voice provides a worse service, a higher cost service and an unsafe service and there is no reason why traditional copper lines cannot be maintained indefinitely. Relying on the internet for emergency calls is a recipe for disaster.”

He added: “What happens if you want to call an ambulance and the phone line stops working? This technology is dangerous and could cost lives.”

A BT spokesperson said: “Further to recent feedback, we’ve taken the decision to pause the major rollout of our Digital Voice programme.

“It’s clear from what some customers are telling us that we underestimated the impact this technology upgrade would have on certain customer groups. We got it wrong by going too early, and for this we’re sorry. We’ll aim to restart the programme, once we’re more confident that the right products and solutions are in place that will provide more resilient connectivity.

“The upgrade of the rapidly ageing analogue landline phones is a critical national industry programme that carries very important and significant long-term benefits for the UK. Digitising the UK’s future is a crucial mission for the industry, and we’re determined to get it right.”

Department for Culture, Media and Sport (DCMS) have been approached for a comment.