In a scathing attack on EU leaders, the outspoken MEP questioned why European leaders had been so quiet following the arrest of Hong Kong protesters by the Chinese government. While EU leaders across the continent did not question the arrest of pro-democracy protesters in Hong Kong, many have rightly hit out at the scenes witnessed in Washington this week. In a tweet, the MEP said: “So vocal European leaders are on the riot in Washington but so silent they are on the crackdown in Hongkong!”

Following his tweet, many were quick to agree with the EU official and issued their criticism for Brussels.

One person said: “Correct. That story has largely been hidden away.

“Then again it’s the EU that’s doing a trade deal with China maybe we should all be doing less trade with China from now on?”

A second said: “The EU are in China’s pocket.” 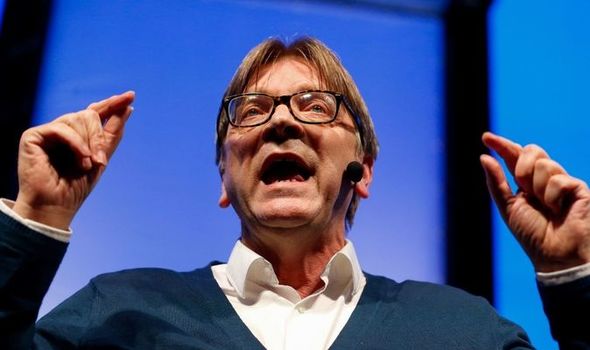 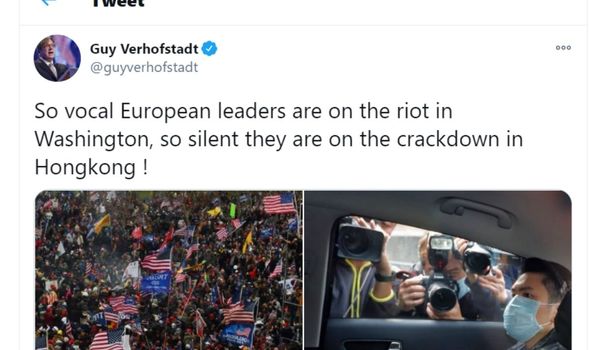 A third said: “Actions not words are what is needed now.

“The EU/ China deal must be scrapped.”

A fourth said: “EU leaders aren’t allowed to do anything that could hurt German car sales.”

Others were quick to point to the UK’s criticism of the Chinese government following the arrests of pro-democracy protesters.

JUST IN: China-EU trade deal causes ‘friction’ with US ahead of Biden term 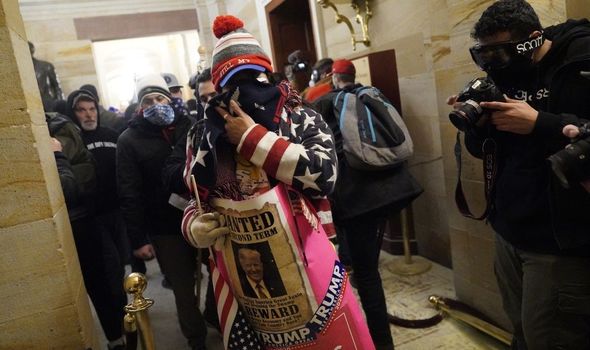 One person said: “The independent UK hasn’t been silent on Hong Kong.

“We have reached out to its citizens and offered refuge.”

Leading activist, Joshua Wong, was one of a number of protesters arrested by the Chinese government.

Along with 53 Democrat Party members, Mr Wong, 24, was given a 13-month prison sentence under China’s controversial security law. 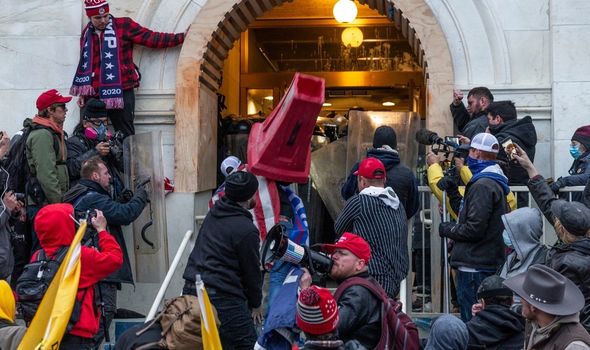 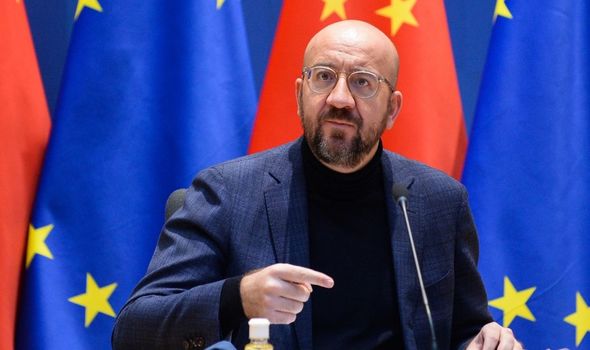 The law makes any acts of secession, terrorism or collusion with foreign powers in Hong Kong affairs illegal.

If found guilty, the Chinese government can hand out life imprisonment, and is even given the power to try officials overseas.

Under the agreement, the Chinese market will be opened up for EU investors.

China did vow to protect labour standards within the agreement amid concern over the treatment of Uighur Muslims in Xinjiang.

Many have stated the EU has now disregarded the concerns for not just Uighur Muslims in China but also the rights of Hong Kong democrats. 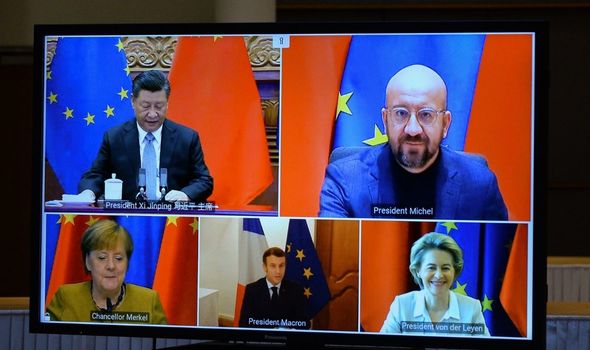 While EU leaders have been silent on the matter, many were critical of the scene in Washington whereby rioters stormed the US Congress.

Chief among them, German Chancellor, Angela Merkel, hit out at Donald Trump for inflaming the violence scene.