Austrian MEP Roman Haider slammed the European Union in a furious rant at the multiple failures of the bloc in its relationship with Britain. He discussed the treatment of the United Kingdom by member states, hit out at the behaviour of the bloc over the pandemic and compared the success of the vaccination programme in Britain with the “vaccine chaos” in the bloc. Mr Haider insisted the “EU damaged trust” in a ferocious speech.

Mr Haider said: “Brexit is now done, and I don’t want to conceal the fact that I am very sorry that Great Britain has left the EU.

“Great Britain is not only one of the EU’s biggest trading partners, it is also a European country with a long history of freedom and democracy.”

And in a stinging statement, the MEP said: “The departure of Great Britain from the European Union is, unfortunately, the result of the repeated infringement of the subsidiarity principle, increasing centralisation and the irresponsible way the European Union has opened its borders and some member states in particular!”

Mr Haider added: “During the Brexit negotiations, the EU behaved in such a way as to damage the climate of trust!” 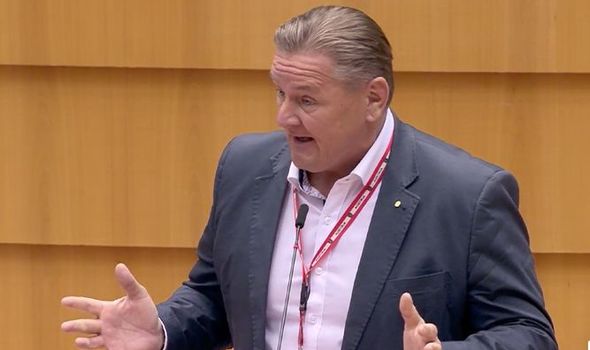 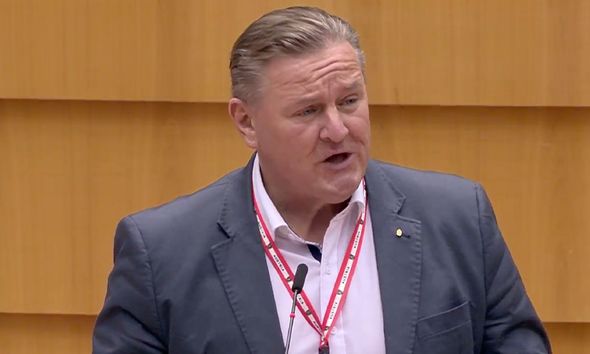 He continued: “It is as though the EU wanted to punish the British for their democratic vote and at the same time others were to be deterred from following suit.

“This must stop! Great Britain must once again be treated as a good partner, an important partner and we shouldn’t be accusing them of a lack of will to comply.”

Mr Haider slammed: “The European Union must learn the lessons of the and think about internal reform, the EU should stop encroaching on member state prerogatives… it leaves to the alienation of citizens with the EU.”

He concluded by hitting out at the EU for the vaccine chaos of the past months: “Why is it that the UK vaccination campaign is doing so well while there is vaccination chaos in the EU? It’s all about priorities. The UK prioritised vaccine procurement and healthcare, the EU promised the debt union and the redistribution of debt.”