WASHINGTON — After Democrats delivered a resounding counterpunch to President Trump at the polls, one of his most reliable voting blocs — social conservatives — now faces the repercussions of its uncompromising support for Mr. Trump’s agenda.

That result is mixed: Social conservatives are celebrating a slightly expanded Republican majority in the Senate, which advances their top priority, confirming conservative judges, as well as their anti-abortion rights agenda. But steep Republican losses in the House, particularly in suburban areas, have some strategists reflecting on how to proceed as they pivot their efforts to re-electing Mr. Trump in 2020.

“Social conservatives need to maximize turnout from the base and expand the map by stressing the softer side of the faith agenda: education reform, immigration and criminal justice reform, and anti-poverty measures,” said Ralph Reed, founder of the Faith and Freedom Coalition, which has extensive outreach to conservative evangelicals in battlegrounds across the country.

“This will help with suburban women, millennials and minorities,” he said.

That approach, if followed, would be a stark departure from the issues social conservatives have championed since they wed themselves to Mr. Trump as a candidate. The Republicans’ white, religiously conservative base has motivated its troops for Mr. Trump around opposition to abortion rights, a conservative majority on the Supreme Court and support for Israel.

This cycle, that strategy largely worked on the Senate level, but was not enough to stem Republican losses in congressional districts, particularly in suburban areas.

[Read about how gains in the Senate heartened social conservatives]

Any meaningful shift is purely conceptual at this point. White evangelicals, more than almost any other constituency, have repeatedly chosen to support Mr. Trump wholeheartedly to advance their cultural priorities, despite occasionally bristling at his character and approach to race, immigration and women.

When the administration separated immigrant children from their families at the border, for example, some white evangelical leaders voiced concern but did not fault Mr. Trump, even as some women in their ranks expressed more discontent.

In this month’s election, three-quarters of white evangelical voters again supported House Republican candidates, on par with the percentage that did so in the previous two midterm cycles, according to national exit polls.

In a divided Congress, social conservatives have little hope of advancing their legislative priorities, like ending Planned Parenthood funding or banning abortion after 20 weeks. But many are instead emphasizing their success at the judicial level and seem only minimally interested in adjusting their focus.

“If you ask social conservative voters, would you be willing to accept Nancy Pelosi as speaker for two more Supreme Court justices, I suspect they would make that trade,” said Dan Schnur, a former longtime Republican strategist who is now an Independent. “A short-term congressional loss for social conservatives is almost certainly offset by a long-term judicial gain.”

In today’s polarized political environment, reaching out to the middle is also not as effective as playing to one’s base, said Tony Perkins, president of the Family Research Council, a conservative Christian activist group. 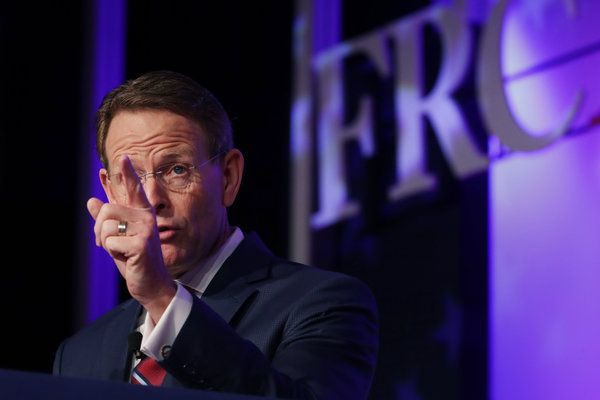 “Very few people anymore are in the middle,” he said. “Barack Obama brought us to this point more quickly because of the extreme policies that he pushed. Trump, with the support of evangelicals, has worked to move the pendulum back.”

Asked about dissatisfaction among some women, young people and nonwhite voters who could continue to erode the edges of the evangelical base, Mr. Perkins said he was not worried. “I’m not saying there’s not a need to pay attention to that, but it’s not like that is going to be the deciding factor,” he said.

Even though some of the places where Republicans lost, including in Arizona, Nevada and areas of the Midwest, are not traditional social conservative strongholds, some on the religious right do not see Democratic pickups as long term.

For Mr. Perkins, Martha McSally lost her Senate race in Arizona, for example, because she was not conservative enough and the base did not see her as a champion for its causes.

In Florida, where a dramatic recount is playing out in the Senate race, white evangelicals increased their share of the electorate, from 21 percent in 2016 to 29 percent this year, according to exit polls, and their share also increased in Missouri and Indiana, though by smaller amounts.

In Iowa, where Democrats unseated two Republican representatives, Bob Vander Plaats, president of the Family Leader, a conservative evangelical group based in the state, praised evangelicals for showing up “in force” for the races that mattered most. Republicans kept control of the governorship and the statehouse, he pointed out, enabling them to advance anti-abortion policies locally.

“We wanted to ensure that the sanctity of life was positioned to win,” he said, noting that his group focuses on state-level races.

But Mr. Vander Plaats also said it might be important to learn from the signals voters sent to Washington of dissatisfaction over Mr. Trump’s tone and the country’s divisiveness, even as they want to continue his policies.

In Mississippi, where Senator Cindy Hyde-Smith, a Republican, faces a runoff, the social conservative voter mobilization effort is largely absent, a sign they are confident the G.O.P. will hold the seat.

Though sizable, social conservatives are just one part of the Republican base; for others, this election is a reminder that their party’s future, and its internal fractures, remains in question as Mr. Trump and his base continue to redefine the G.O.P.

Social conservatives need to prioritize legislation that appeals to the entirety of the party, not just to special segments, said Sarah Chamberlain, president of the Republican Main Street Partnership, a coalition of congressional members who stand for conservative economic and national security policy. Several of the group’s members, including Representatives Jeff Denham, Carlos Curbelo and Steve Knight, lost competitive races last week.

“We hope they would join us in realizing this is how we get back into the majority in the House,” she said of social conservatives. “We cannot afford to lose suburban areas.”